Nicola Sturgeon today said it is ‘likely’ that the next step in her lockdown exit plan on June 28 will be postponed for three weeks.

The Scottish Government had been targeting a move to the lowest level of restrictions, Level 0, at the end of the month.

But Ms Sturgeon told Holyrood that a delay would provide more time for the vaccine rollout to administer jabs to ‘as many more people as possible’.

The SNP leader’s decision means Scotland is now on track to have the same ‘freedom day’ as England on July 19 after Boris Johnson announced his delay last night. 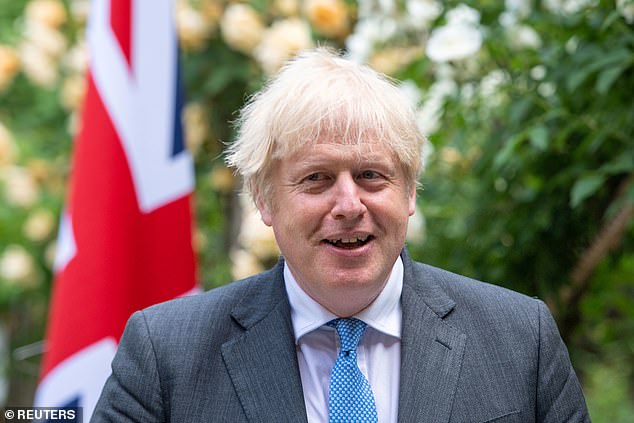 In a statement to the Scottish Parliament, Ms Sturgeon said a cautious approach is needed to give the vaccination programme more time to do its work.

She said: ‘Given the current situation – and the need to get more people fully vaccinated before we ease up further – it is reasonable to indicate now that I think it unlikely that any part of the country will move down a level from June 28.

‘Instead, it is likely that we will opt to maintain restrictions for a further three weeks from June 28 and use that time to vaccinate – with both doses – as many more people as possible.

‘Doing that will give us the best chance, later in July, of getting back on track and restoring the much greater normality that we all crave.’

She said the decision would be confirmed at Holyrood next week, following a planned review of the current levels.

It brings the death toll under this measure, of people who first tested positive for the virus within the previous 28 days, to 7,683.

The daily positivity rate was five per cent, down from 5.2 per cent the previous day, according to official figures.

There were 137 people in hospital yesterday in Scotland with recently confirmed Covid-19, up from 128 on Sunday.

Seventeen people were in intensive care, no change on the day before.

The number of hospital admissions also continued to rise in Scotland, according to the latest data

However, the Scottish Government said that Public Health Scotland experienced IT issues which had an impact on the extraction of vaccination data on June 15.

It said today’s figures may be an underestimate, and any missing data will be reported in tomorrow’s figures.

A total of 248,515 people have now tested positive for the virus since the start of the pandemic.