‘If you can go out to eat, you can come back to work’: Morgan Stanley CEO wants NYC staff back in the office full time by Labor Day and anyone who doesn’t return may face a salary cut 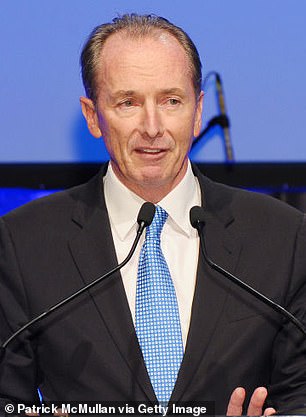 Morgan Stanley CEO James Gorman said on Monday he expects all New York City staff to return to the office full time by Labor Day, and if they don’t they may face salary cuts.

Gorman was speaking at the firm’s annual U.S. Financials, Payments & CRE Conference when he made the remarks, some of the strongest indicators yet of how big business will handle getting their staff back to work in person.

Right now, the bank still isn’t dictating how many days a week staff should come in, but Gorman says that’ll change if people don’t choose to come back themselves by the end of the summer.

‘Make no mistake about it. We do our work inside Morgan Stanley offices, and that’s where we teach, that’s where our interns learn, that’s how we develop people .

‘On Labor Day, I’ll be very disappointed if people haven’t found their way into the office. Then, we’ll have a different kind of conversation.

‘If you can go into a restaurant in New York City, you can come into the office. We want you in the office,’ he said.

He said that 90 percent of the staff who are coming into work are vaccinated and that by Labor Day, he expects the number to be 98 percent. If people don’t want to get vaccinated for health or religious reasons, he says the firm will enter HR discussions with them.

He also warned anyone who has relocated to a cheaper city during the pandemic and wants to keep working remotely from there that they can expect their salaries to be cut.

Gorman returned to work four days a week in July. He had COVID-19 last year and recovered. He later partnered with a healthcare firm to give workers’ vaccines in the office. 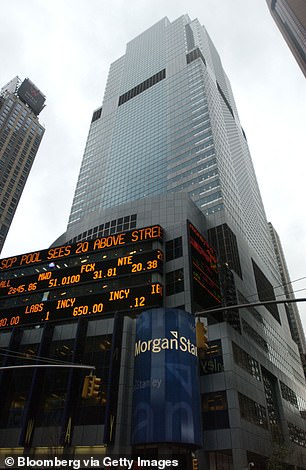 Gorman said that staff in India, where 10,000 are employed, won’t be expected back in the office this year because the health crisis there is ongoing and the vaccine roll-out is slow.

The same goes for the UK, which is further ahead with vaccines but has seen a spike in cases with the Delta and Indian variants of COVID.

Mayor Bill de Blasio says all public schools will return to a full-time, in person learning schedule in September.

Private schools can decide for themselves which approach to take.

It comes as other white collar sectors report struggles in getting people back to work.

In New York City and San Francisco – two enormous business hubs where the office workforce keeps almost every other part of the local businesses going – only 21 percent have come back to the office.

Cities in Texas, however, have managed to get more people back in.

It may be down to the fact that people in Texan cities use their own cars to get to work more than they rely on public transport, but it could also come down to local restrictions and advice.

Since the start of the pandemic, people in Republican cities and states have been less frightened of going back to work or even staying in the office throughout the pandemic.

California and New York have been among the strictest in imposing lockdowns and rules.