Three men who beat a Melbourne father to death with a piece of wood and a pickaxe in a ‘brutal and sickening’ attack have been jailed.

Josaia Bolalailai, Nathan Timoteo and Jonathan Fuatavai killed 24-year-old father-of-two Ilaijah Kuru at St Albans in February 2020, after a road rage attack on one of his friends.

Bolalailai and Timoteo, both 24, tailgated the friend, Isaac Tagatanuu, and then bashed him when he pulled over, inadvertently outside the house of Timoteo’s father. 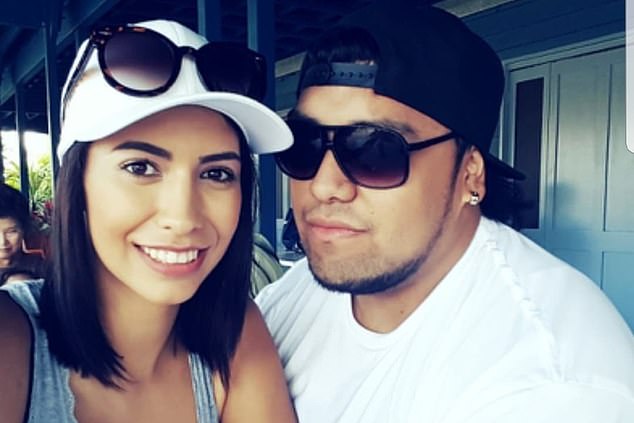 Timoteo called a woman who tried to intervene a ‘f***ing mole’ and said ‘this is not over’.

Mr Tagatanuu got away and was being driven to hospital by Mr Kuru and two other men when they spotted the attackers, with Fuatavai, 22, and stopped.

The trio attacked, chasing Mr Kuru and two of his friends across the road to outside a school.

Footage filmed from the car of shocked passers-by showed Mr Kuru being beaten with a piece of wood and a pickaxe.

Timoteo hit Mr Kuru at least four times as he lay on the ground and with such force the wood broke in two. 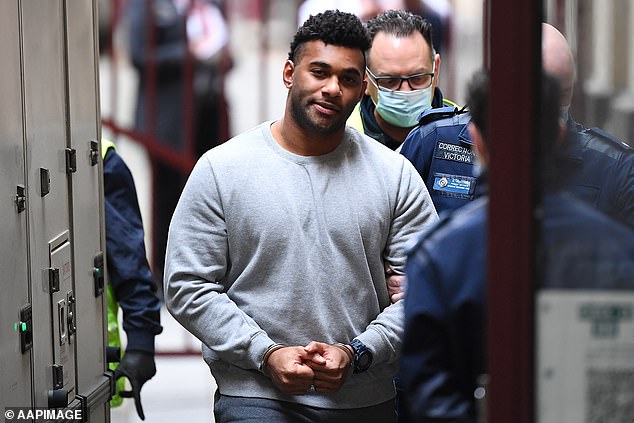 Bolalailai hit Mr Kuru’s head with the pickaxe, while Fuatavai was armed with an axe handle, but could not been seen using it in the video.

The trio were originally charged with murder but pleaded guilty to manslaughter, as well as assault and intentionally causing serious injury.

Timoteo at Victoria’s Supreme Court was sentenced on Tuesday to 11 years and 10 months in prison.

He must serve at least eight years and nine months behind bars before becoming eligible for parole. 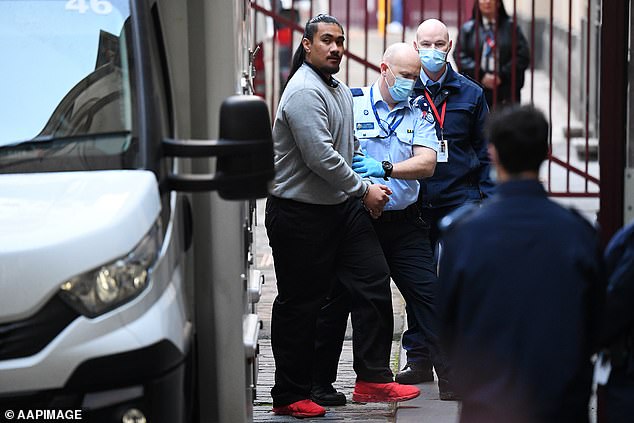 Jonathan Fuatavai (pictured) was sentenced to 10 years and one month, serving a minimum of seven years and four months before parole

Meanwhile, Fuatavai was sentenced to 10 years and one month in prison.

He must serve at least seven years and four months before being eligible for parole.

Justice James Elliott described the attack as ‘brutal and sickening’. He also condemned the ‘cowardly’ violence that was meted out against a victim who was ‘clearly retreating’.

‘The attacks occurred in broad daylight on a public street and were terrifying to those nearby,’ Justice Elliott said.

‘You each had multiple opportunities to desist, but you continued.’

Mr Kuru – earlier described by family and friends as ‘a big teddy bear’ and adoring father of two boys – was left, motionless, on the side of the road and never regained consciousness. 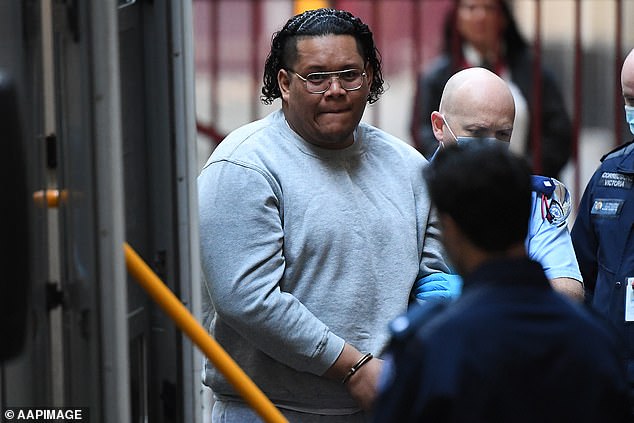 A broken piece of wood, and blood-stained handle and brick were found near his body.

He died from multiple head injuries. His friends also sustained abrasions and bruising.

Mr Kuru’s mother, Lisa Maxwell, said she was ‘filled with so much pain and sorrow I can literally feel it flowing through my body’.

‘To this day, I haven’t even read the death certificate. I bury myself under a pile of work so I don’t have to deal with this,’ she told the court in a statement.

One of Mr Kuru’s aunts, Mazal Takiri, said she was no longer angry at her son’s killers because ‘you don’t deserve my anger’.

‘If forgiveness is ever given to you, it will not come from me,’ she said.

Bolalailai, Timoteo and Fuatavai have each served 481 days of pre-sentence detention. 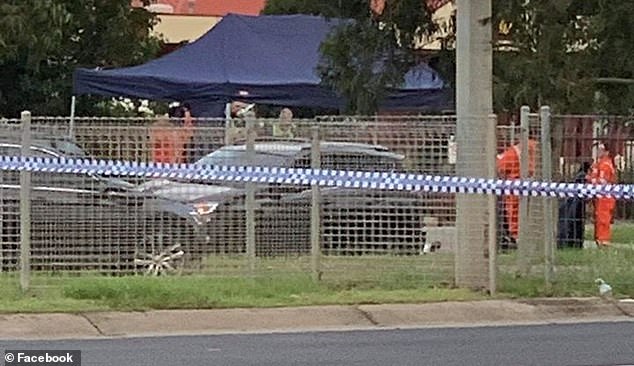