Lionel Messi netted a sensational free-kick in Argentina’s Copa America opener against Chile – but was unable to stop his team from dropping two points.

Argentina talisman Messi is still yet to win his first international trophy with his country, and set about kickstarting their quest to end the drought with a jaw-dropping effort from a set piece.

In typical style, his strike was lofted with delicious whip from 25 yards, before it arched over the wall and nestled into the back of the net. 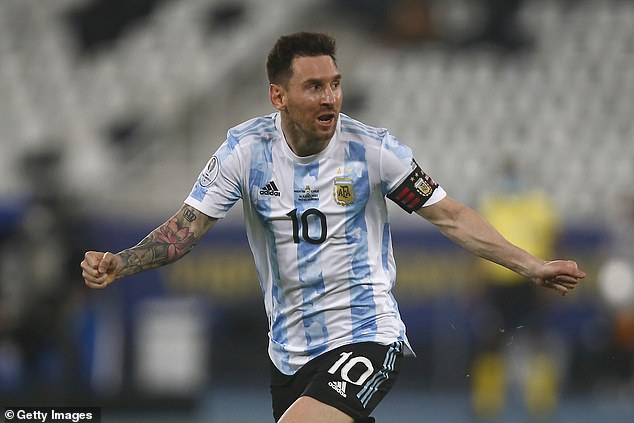 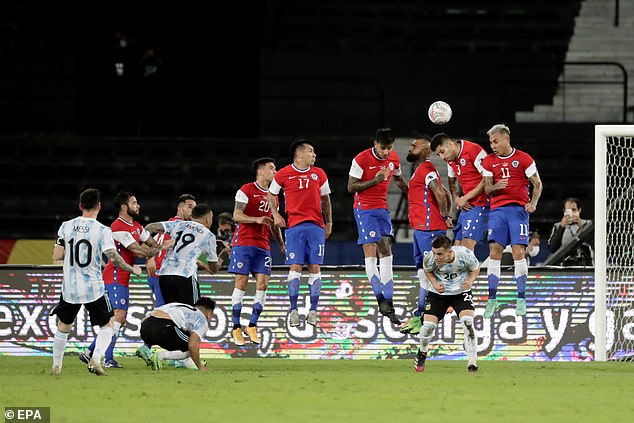 After Argentina were awarded a free-kick, Messi found the net with a superb effort that dipped

His wand of a left foot delivered the damage after a foul was won from distance, and even the faintest of touches from goalkeeper Claudio Bravo was unable to stop Messi from wheeling away in wild celebration.

The effort chalked up his 73rd goal for Argentina – and also saw him overtake all-time great Gabriel Bautistuta to become the top scorer for his nation in competitive matches, with a tally of 39.

His goal was later overshadowed, however, with Chile rallying and taking a hard-earned point. 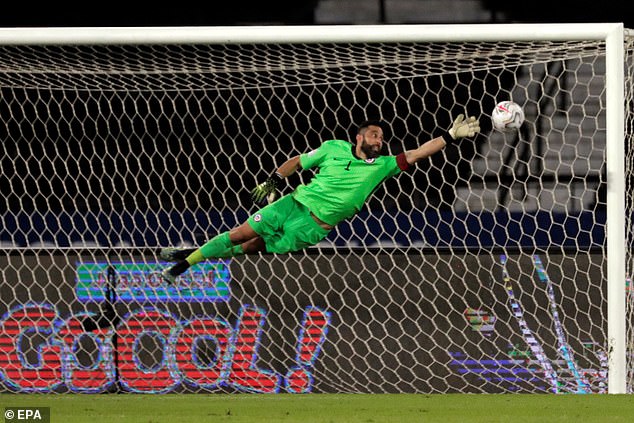 Claudio Bravo was at full stretch in his acrobatic attempt to palm away, but the shot hit the net 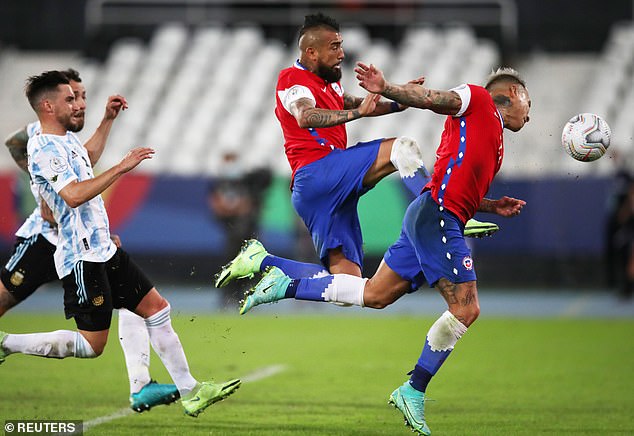 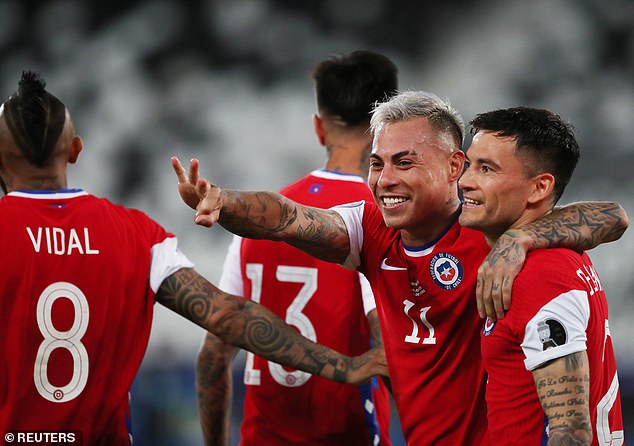