A shattered swimmer has again missed out on Olympic selection by the narrowest of margins at the official qualifying trials in Adelaide.

Sydney based Matt Wilson, 22, was widely tipped to make his Olympic debut in the pool later on this year in Tokyo – but his hopes were dashed in cruel fashion on Tuesday night.

Wilson finished second behind Zac Stubblety-Cook, and in agonising scenes, will again watch the Olympics at home. 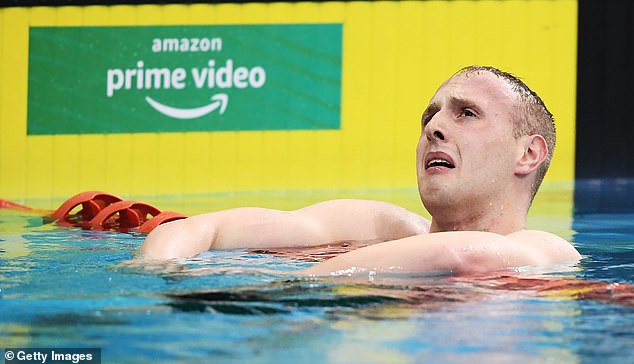 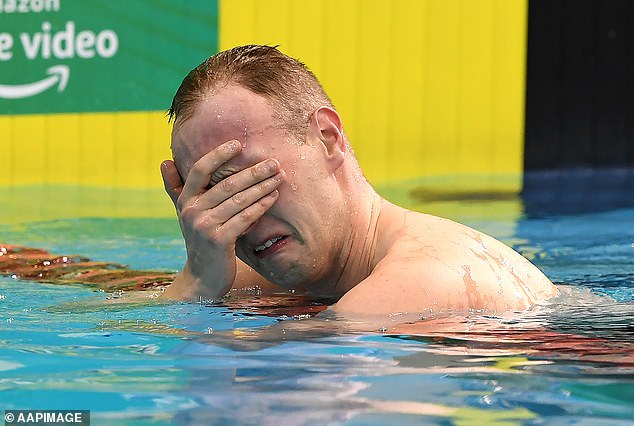 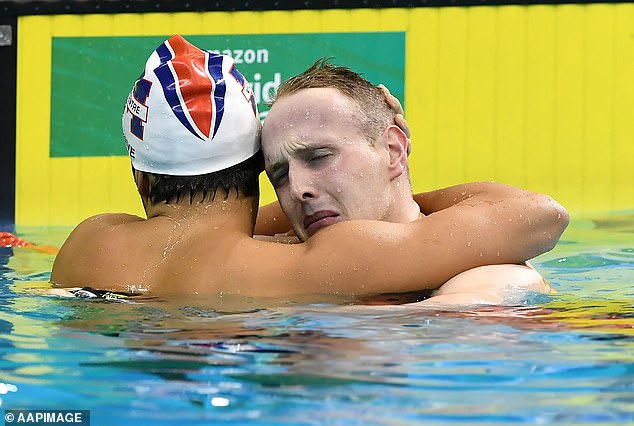 Emotion then got the better of Wilson, who missed out on selection for the 2016 Games in Brazil by a similar heartbreaking margin.

He was seen in tears in the pool as the harsh reality set in.

‘Oh no, can you believe it?’ race caller Jon Harker said. ‘Heartbreak again for Matt Wilson.’

Race victor Stubblety-Cook then showed his class post-race, stating he felt for the despairing Wilson.

‘It’s heartbreaking, he (Wilson) worked so hard in and out of the pool and to see that, it’s pretty tough,’ he said.

Queensland’s Stubblety-Cook will be hard to beat in Japan. He produced the second fastest 200m breaststroke time in the sport’s history, narrowly missing the world record set by Russian Anton Chupkov.

Earlier this week, pop-star turned swimmer Cody Simpson, 24, turned heads in the City of Churches, clocking a slick 50.22 in the 100 metres freestyle.

The impressive feat was more than a second quicker than Simpson’s previous best time, and left him a respectable 23rd out of 92 competitors.

The former squeeze of Miley Cyrus, who was a junior swimming prodigy, still has his favoured event, the 100 metres butterfly, to come over the next few days.

Long term, he is targeting the 2024 Olympics in France. 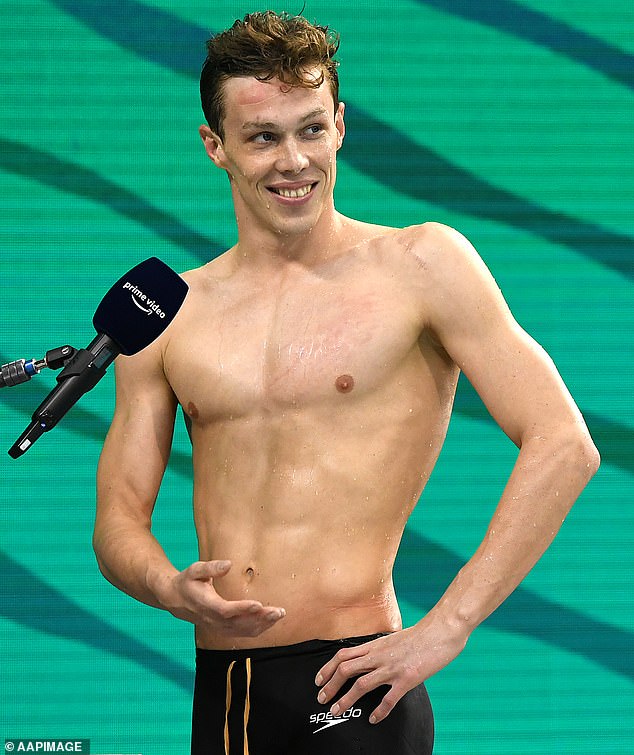 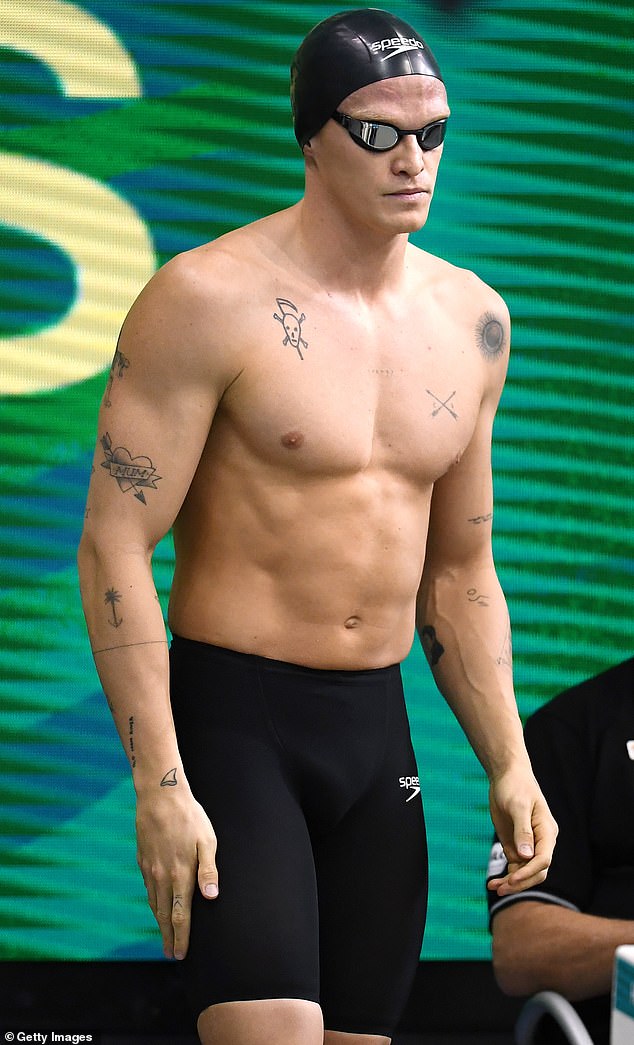