Five workers were seriously injured in a coal mine explosion because repeated over-production and poor planning led to risky gas build-up, an inquiry has found.

The miners were hospitalised after the explosion at Anglo American’s Grosvenor Coal Mine in Moranbah, Queensland, on May 6, 2020.

The Queensland Coal Mining Board of Inquiry’s second report released on Monday says the disaster was caused by ‘spontaneous combustion’.

It said the systemic cause of the disaster was repeated methane gas build-ups, or high potential incidents, at longwall mine 104 (LW 104). 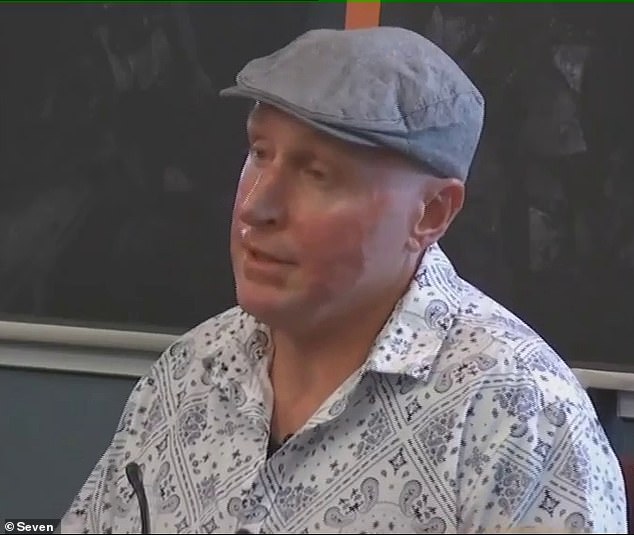 Wayne Sellars suffered burns to 70 per cent of his body in the explosion, but said he still managed to ‘march’ out of the site.

The board said coal production regularly outstripped the mine’s gas drainage capacity of 70,000 tonnes a week despite management being aware of the risks.

‘Despite the emergence of high gas emissions, beyond gas drainage system capacity, no adjustment to production was made,’ the report said.

‘No limit was imposed on weekly or daily production.’

The inquiry said Anglo American failed to install an adequate gas drainage system before the mine started production on March 9, 2020.

The first methane gas HPI occurred at the Grosvenor Mine less than 10 days later on March 18.

There were another six HPIs over the following six days, each occurring when coal production exceeded the mine’s gas drainage capacity. 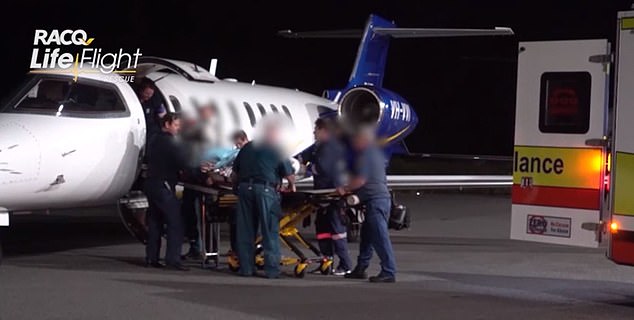 ‘Producing coal at a rate that consistently exceeds the capacity of the critical control of gas drainage subjects coal mine workers to an unacceptable level of risk,’ the report said.

‘It follows that coal mine workers on LW 104 were repeatedly subject to an unacceptable level of risk.’

The inquiry found that Resources Safety & Health Queensland had also failed to identify the risk at the mine.

The board said the practice of labour hire and contract work at the mine had contributed to the risky work environment.

It said there was a perception among those workers that raising safety concerns may jeopardise their jobs.

‘It has not been possible to assess how widespread that perception might be,’ the report said.

‘However, the existence of a perception, no matter how widespread, creates a risk that safety concerns will not always be raised.’ 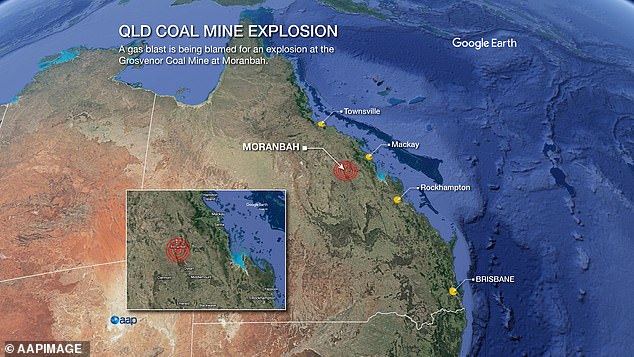 The miners were hospitalised after the explosion at Anglo American’s Grosvenor Coal Mine in Moranbah, Queensland, on May 6, 2020

It called on the Grosvenor mine’s management to audit gas drainage to ensure the risk to workers was at an acceptable level.

Anglo American senior executive Tyler Mitchelson described the incident as unacceptable and said the company had already made moves to address the recommendations, including spending $60 million on safety initiatives over the past year.

‘Underground coal mining, particularly in the area where Grosvenor Mine is located, is complex with many interacting considerations,’ he said.

‘As the Board has identified, further research into certain technical areas such as gas and spontaneous combustion management would benefit the industry.’ 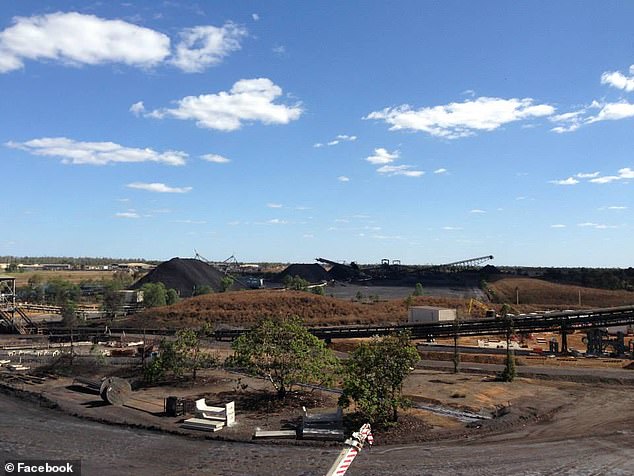 The board said coal production regularly outstripped the mine’s gas drainage capacity of 70,000 tonnes a week despite management being aware of the risks

The board report said all Queensland coal mines should regularly assess production to ensure they do not exceed gas drainage.

It also called for laws to be amended to compel mine managers to develop a set of critical controls for gas drainage with performance criteria.

Mine managers would have to notify the RSHQ of failures, report on controls on a monthly basis and conduct regular audits.

The board said RSHQ should review its risk profiling and response practices to ensure it acts as a ‘proactive regulator’.

It also called for laws to be amended to compel labour hire agencies to report serious incidents including gas or a death at a coal mine, involving their employees.

The report said health and safety obligations could also be imposed on labour hire agencies.