Cristiano Ronaldo could barely walk as he paced up and down the touchline in the final of Euro 2016 yet, barking instructions, he took on the role of Portugal’s wounded motivator and guided them to victory.

It looked like his country’s hopes of winning a first international trophy were over when their talisman was taken off on a stretcher after 25 minutes following an awkward collision with France’s Dimitri Payet.

The star of a fairly limited Portugal squad that summer, Ronaldo had the hopes of his nation on his shoulders and came up with the goods when it mattered most as they limped their way through. 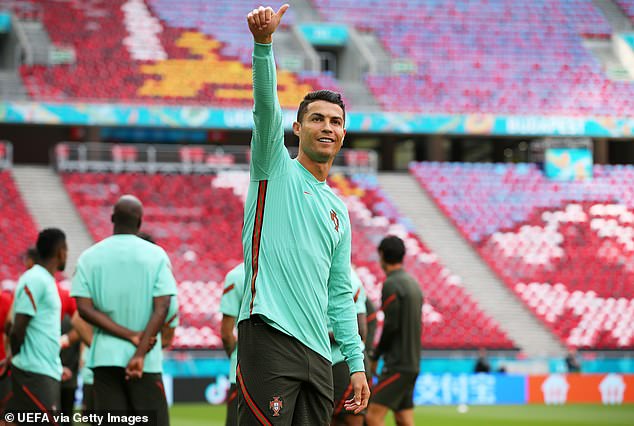 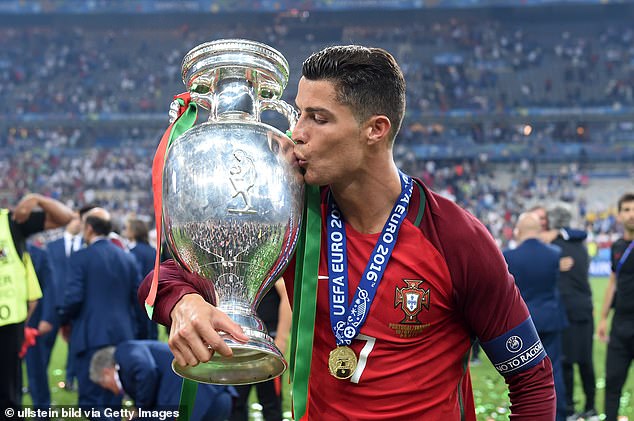 He scored twice in a 3-3 draw with Hungary, set up Ricardo Quaresma’s extra-time winner against Croatia, scored in a penalty shootout win over Poland in the quarter-final then scored a sublime header in the 2-0 victory over Wales to reach the final in Paris.

That summer, Ronaldo had the likes of Eder, Nani, Quaresma, Joao Mario, Vieirinha and Rafa Silva for company in Portugal’s attack as Fernando Santos built his side on defensive strength and the ability of his lone star.

But this time around Ronaldo is not alone. Portugal have one of the most talented squads at Euro 2020 and are in a far better position to defend their European title than when they won it five years ago.

Ronaldo has world class talent to work with and they kick off their campaign on Tuesday night needing to beat hosts Hungary, in front of a 61,000 capacity crowd, in a tough group that also includes France and Germany.

Santos is known to like a 4-3-3 formation but in both of Portugal’s pre-tournament friendlies he went with a 4-2-3-1 system with Ronaldo as the lone striker and a trio of creative stars behind him.

The only man to start both games in that attacking three was Liverpool’s Diogo Jota, who comes into the tournament on the back of a successful debut campaign at Anfield. (L to R): Now he has Diogo Jota, Bruno Fernandes and Bernardo Silva to supply his goals

Jurgen Klopp’s front three looked almost impenetrable after winning the Champions League and Premier League in the past two seasons but Jota’s form before suffering a knee injury saw him break into the team.

He scored 13 goals in 30 appearances for the Reds after joining from Wolves and comes into the tournament with plenty of fresh legs, having only played 90 minutes once April.

Bruno Fernandes is yet to translate his scintillating form for Manchester United onto the international scene but is it likely he will start in the No 10 role on Tuesday night. 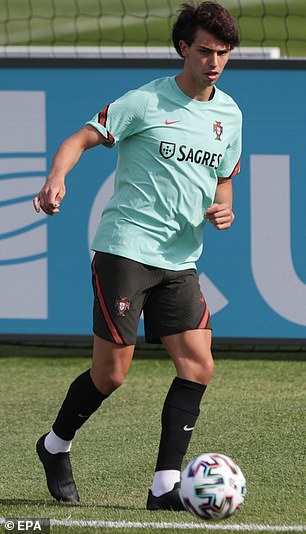 In 29 appearances for his country the playmaker has come up with just four goals and five assists, a world away from the sort of numbers he has produced for United in the past 18 months.

Fernandes managed 24 goals and 14 assists for the Red Devils this season and will be a major threat at this summer’s tournament, despite his previous record for his homeland.

Then there are plenty of options for Santos to choose from on the right side of his attacking midfield.

He could go with Bernardo Silva, who comes into the tournament off the back of another Premier League title win and a Champions League final defeat, or Joao Felix, who has just won LaLiga with Atletico Madrid.

Silva, who reportedly wants to leave Manchester City this summer, brings ridiculous fitness and energy to the team, both on and off the ball. That could be attractive to Santos, given he is not usually one to go gung-ho.

Felix, on the other hand, is the future of the national team but we are still waiting for that one moment, one big performance that catapults him from promising youngster to bonafide star.

The 21-year-old scored 10 goals and provided six assists in 40 appearances last season but does not deliver regularly enough. He was largely anonymous in Atletico’s Champions League exit against Chelsea and his place in the national team is far from guaranteed.

Santos also has the option of selecting Valencia winger Goncalo Guedes on the right or Pedro Goncalves as a No 10. If Ronaldo moves out to the left then Andre Silva, on the radar of most of Europe’s top clubs this summer, can slot in through the middle. 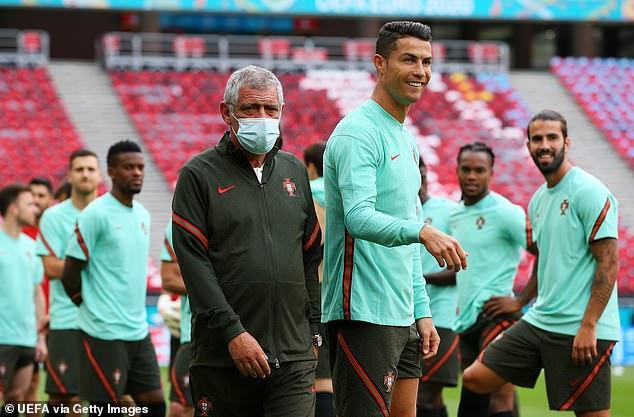 Portugal have options. That is the biggest difference this time around. Defensively they are also pretty formidable too.

Shielding the four attacking players will be a pair comprised of any of Danilo Pereira, William Carvalho, Ruben Neves, Sergio Oliveira and Joao Moutinho.

All five are willing to do the dirty work for those in front of them. Chase, hurry, press their opponents, regain possession and offload to those who can do the business in front of goal.

While there might be an exciting new wave of Portuguese attackers, Pepe is still crucial in patrolling the defence.

At 38, this is surely his last major tournament, although his performances for Porto in the Champions League this season showed there is still plenty of life in him yet.

He will be partnered by Ruben Dias, the outstanding Man City defender who comes into the tournament off the back of a stunning first season in English football.

Flanking them will be Raphael Guerreiro of Borussia Dortmund or his deputy, £52m-rated 18-year-old Nuno Mendes of Sporting Lisbon, on the left and Nelson Semedo of Wolves on the right.

In central defence, Portugal have a fearsome partnership of Pepe (left) and Ruben Dias (right)

Rui Patrico has had Portugal’s goalkeeping gloves for what feels like two decades but his place is coming under threat from Lyon’s Anthony Lopes. Expect Patricio to start against Hungary.

On Tuesday night, Ronaldo will become the only footballer to appear in five Euros finals. Despite knowing what it takes to go all the way, he was quick to play down expectations in his pre-match press conference.

‘I am not overwhelmed by this record,’ he said on Monday. ‘It is a good record but more important than this would to win back-to-back Euros.

‘The team is ready, physically and emotionally. Our players are young but that doesn’t prevent us from dreaming. It is my fifth but for me it’s like my first. I want to play well and have good thoughts from the first to the last match.

‘As a team we don’t know yet. This is a different tournament. It is not the same tournament as 2016. This is a younger team with great potential. Only by playing will we know if it is better or worse.’

Ronaldo may be trying to keep a lid on his team’s chances but fans back home will be expecting a fierce defence of their title, especially with the quality in their star-studded squad.