BREAKING NEWS: Dean Henderson WITHDRAWS from England squad with a hip injury as UEFA permit Gareth Southgate to call up Aaron Ramsdale in his place

Dean Henderson has been forced to withdraw from England’s Euro 2020 squad due to a hip injury with Aaron Ramsdale called up to replace him.

The Manchester United goalkeeper becomes the second player to pick up an injury since Gareth Southgate announced his 26-man provisional squad, after Trent Alexander-Arnold pulled out days before the tournament with a thigh problem.

Under UEFA regulations, squads are permitted to replace goalkeepers on medical grounds at any stage, which has allowed Southgate to call up Ramsdale to his Three Lions set-up.

Henderson missed two training sessions as the team prepared for their second Group D match against Scotland on Friday before England announced on Tuesday morning that the 24-year-old would not take any further part in the tournament. 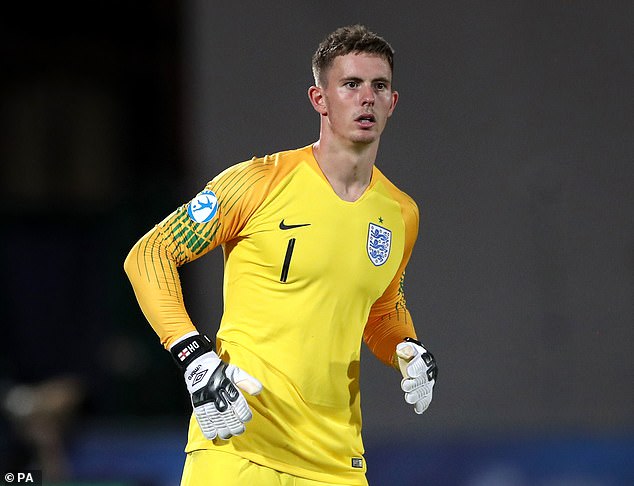