A marked increase in elder abuse is being reported as Australians emerge from coronavirus restrictions.

Cindy Smith, chief executive of the Australian Association of Social Workers, says incidents of elder abuse are coming to light as older people return to their pre-pandemic routines.

‘With older people beginning to return to GPs, community health services, aged care services and other supports, social workers are reporting that many more cases of elder abuse are now being picked up,’ Ms Smith said on Tuesday.

‘Social workers are also reporting an increase in the severity of cases, particularly for older people who were in Covid lockdowns with abusive family members. A trend which is very concerning.’ 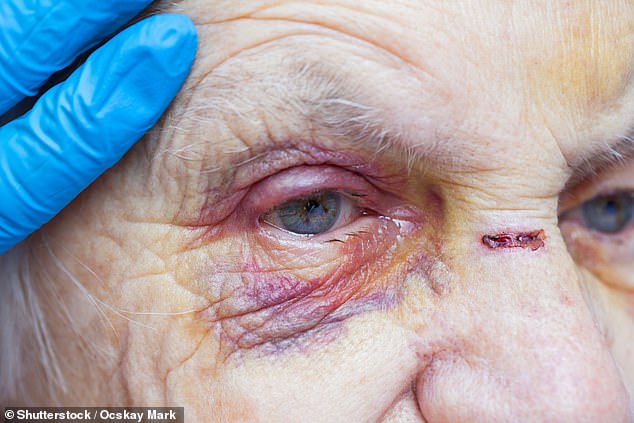 Ms Smith said while the aged care royal commission and awareness campaigns had led to greater recognition of elder abuse, more needed to be done to tackle it.

This World Elder Abuse Awareness Day, she is calling on better training for aged care staff, whether they work in residential or in-home care, so they can pick up on signs of elder abuse and be able to respond effectively

‘Now that a light has started to shine on its prevalence, we need to take the opportunity to ensure that no older Australian ever experiences abuse again,’ Ms Smith said.

Elder abuse is any act that causes harm to an older person and is carried out by someone they know and trust, such as a family member or friend.

The abuse may be physical, social, financial, psychological or sexual and can include mistreatment and neglect.

The NSW Trustee & Guardian agency says about 185,000 older people in Australia experience some form of abuse or neglect each year.

The government agency supports thousands of NSW residents each year who have fallen victim to elder abuse by being appointed as their guardian or financial manager by a court or tribunal. 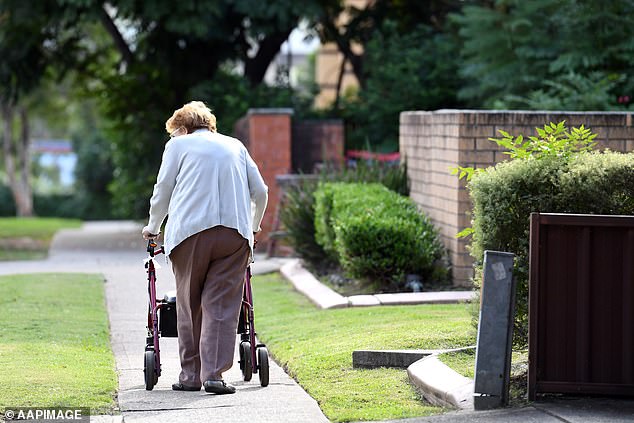 Elder abuse is any act that causes harm to an older person and is carried out by someone they know and trust, such as a family member or friend (stock image)

‘Research tells us that most elder abuse occurs within families and may explain why many cases go under-reported,’ NSW Trustee & Guardian chief executive Adam Dent said.

‘That’s why it’s important that we, as a community, are on the lookout for early signs that something isn’t right.’

Mr Dent said financial abuse was the most common form of elder abuse, with large bank withdrawals, access to bank accounts being blocked, belongings disappearing, or changes to Wills all ‘warning signs’ to look out for.

‘Take notice if an older person doesn’t have money for essentials like food or clothing, or is unable to pay bills,’ he said.

Mr Dent encouraged older Australians to protect themselves by preparing a will, Enduring Power of Attorney and Enduring Guardianship and appointing someone they trust to make decisions for them, in the event they can’t in the future.

‘While a child may seem like the natural choice, they are not always the right choice – particularly if you don’t always see eye to eye,’ Marie Brownell from Equity Trustees said.

‘Your attorney should be someone who you consider to be 100 per cent reliable and trustworthy. This could be a family member or someone outside the family such as a family friend or professional.’