A very drunk partygoer who killed a fellow guest who tried to stop him from getting behind the wheel has been jailed for at least four years and three months.

Darryle Tailford, who had vomited and was slurring his words, left his car, obtained a carving fork from a knife block and used it to lash out at the good Samaritan, his girlfriend’s brother.

Richard ‘Ricky’ Eggins had tried to restrain Tailford to prevent him endangering himself and other road users in central west NSW, Justice Stephen Rothman said on Tuesday.

The 28-year-old was found not guilty in March of murdering Mr Eggins who died in the early hours of March 2, 2019, outside Tailford’s home in North Orange. 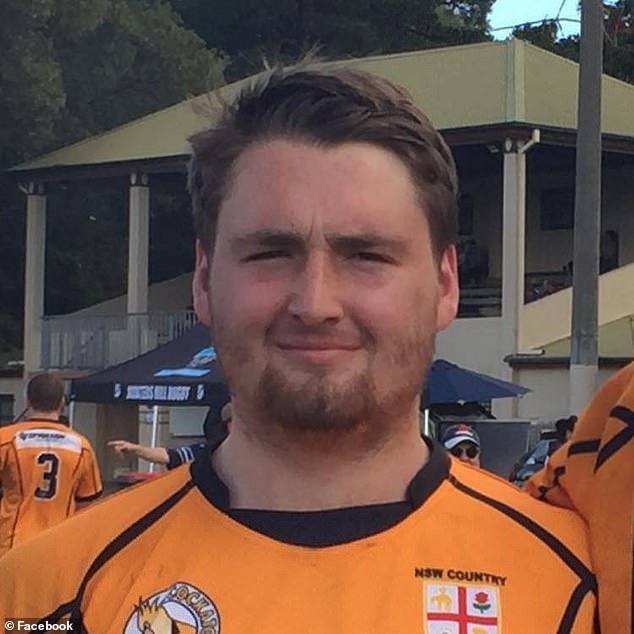 He had pleaded guilty to manslaughter, for which he received a 25 per cent sentence discount.

In the NSW Supreme Court in Orange, Justice Rothman jailed him for seven years and six months with a non-parole period of four years and three months.

He found Tailford obtained the carving fork, not to injure anyone, but rather to scare off any person seeking to stop him leaving the house in the car.

When he lashed out with the weapon, it twice connected with Mr Eggins who died after the two-pronged fork pierced his aorta.

On March 1, 2019, Tailford went with his then-girlfriend Renee Eggins to Hotel Canobolas in Orange to celebrate the 23rd birthday of her brother Michael Eggins, with other family members.

Tailford, who had been in significant pain due to a toothache, became ‘very drunk’, or ‘smashed’ as one witness described him. 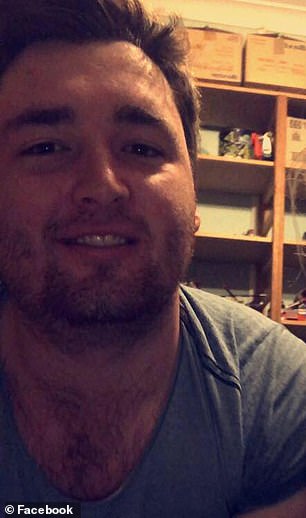 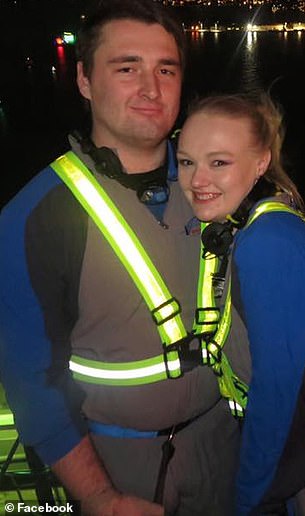 Darryle Tailford , 28, (left) was jailed for seven years for the manslaughter of Mr Eggins (right)

He downed at least nine mixed drinks and at a North Orange home continued to consume more alcohol, ‘whatever he could get his hands on’.

His girlfriend, who had never seen him so drunk, told him he was embarrassing himself but he continued drinking and had to borrow a shirt belonging to Mr Eggins when he vomited on his own.

When back in his own home, other guests popped in to see if or his partner wanted something to eat from McDonald’s.

Tailford, who had been slurring his words, became angry and had started his car, before he was stopped by Richard and Michael Eggins.

In trying to dissuade him from driving, Michael Eggins punched him through the open window before Tailford went into the house and obtained the carving fork.

After using it on the other sibling, Tailford spent the next 24 hours visiting friends and was described as hysterical, throwing his arms around, and crying.

He texted Mr Eggins’ mother apologising and told his girlfriend she ‘had lost her boyfriend and brother in one go’. 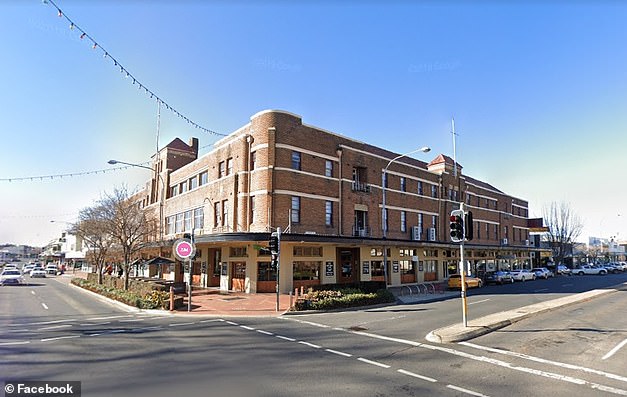 The celebration for Michael Eggins’ birthday began at the Canobolas Hotel, Orange where Darryle Tailford had about 10

Justice Rothman referred to the moving victim impact statements, including that of Renee Eggins.

‘She expressed her feelings of guilt for having brought the offender into the family environment which he has now destroyed.’

The judge said the offence ‘tragically cut short the life of a man who cared for his extended family’ which he had been doing when he tried to stop Tailford driving.

The fact that his death occurred at a family celebration was more poignant in that every celebration would now become a reminder.

The judge accepted Tailford was remorseful and had accepted full responsibility for what he had done.