The brother of a private investigator whose murder became one of Scotland Yard’s longest-running cold cases hopes a long-awaited report into his death will find institutionalised corruption within the Met and other police forces.

Alastair Morgan has campaigned for decades for justice for his brother Daniel, who was killed with an axe in the car park of the Golden Lion pub in Sydenham, south-east London, on March 10 1987.

Despite five police inquiries and an inquest, no-one has been brought to justice over the father-of-two’s death, with the Metropolitan Police admitting corruption had hampered the original murder investigation.

Mr Morgan has said he expects the report, set to be released after midday today, to contain ‘a sizeable chapter on corruption’ in relation to his brother’s murder.

He said: ‘I can shout about it. Cry foul as much as I like and it doesn’t make any difference. But this is the state’s verdict on itself – not my verdict – and I may have differences of opinion but it has much more impact than anything I can say’. 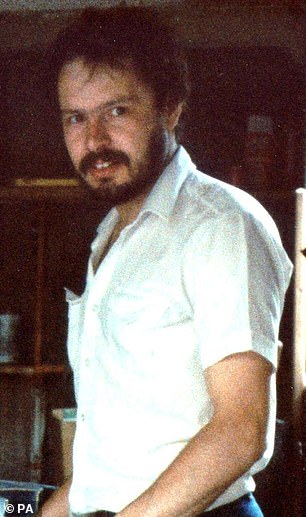 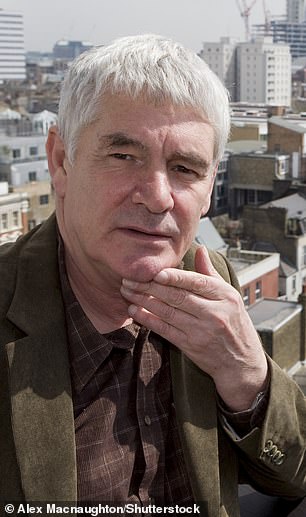 Daniel Morgan, pictured, was investigating claims of corruption within the Metropolitan Police when he was murdered in 1987. His brother Alastair Morgan has campaigned for decades for justice for his brother Daniel, who was killed with an axe in the car park of the Golden Lion pub in Sydenham, south-east London, on March 10 1987 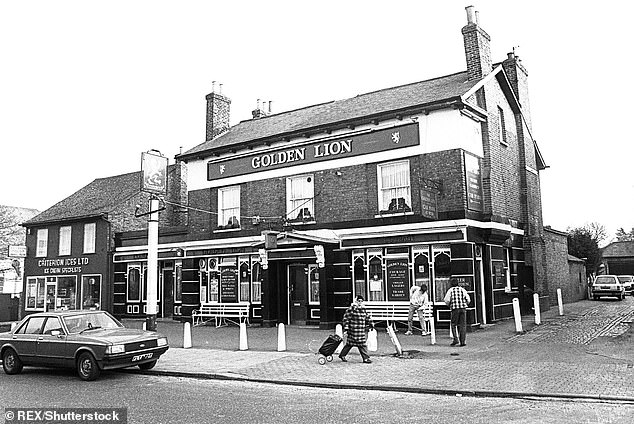 Morgan was hacked to death with an axe outside the Golden Lion pub in Sydenham, south London

Speaking in May, Alastair Morgan told the PA news agency in words published today: ‘I’m hoping to see a conclusion of institutionalised corruption.

‘There’s been some very bad policing going on there. And not just at the beginning – it went on and on and on in one way or another. 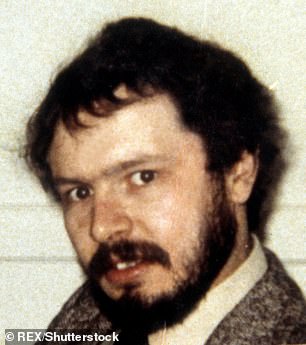 Despite five police inquiries and an inquest, no-one has been brought to justice over the father-of-two’s death, with the Metropolitan Police admitting corruption had hampered the original murder investigation

‘In the current situation I think it’s extraordinarily unlikely that anyone will ever be convicted of the murder because of the mess that has been made en route.

‘Nor do I believe that any of the police officers who were involved in discreditable activity or activity that is criticised by the panel will face any disciplinary or criminal action.

‘But I just hope that this situation, this kind of injustice, will be highlighted by the panel.’

The publication follows a furious row between the Home Office, Independent Panel and Mr Morgan’s family over its release, which was originally due to take place in May.

After eight years in the making, the Home Office said that it may need to redact parts of the document on national security or human rights grounds.

But the panel said it had already worked with lawyers and security experts from the Metropolitan Police, calling the last-minute intervention ‘unnecessary’ and ‘not consistent with the panel’s independence’.

Mr Morgan’s family said the move was a ‘kick in the teeth’, and called on Home Secretary Priti Patel to consider the distress the delay caused them.

An agreement was eventually reached that a small Home Office team could read the report in advance, and last week it was confirmed that the full, unredacted report would be published.

The panel’s remit was to address questions relating to the murder including police handling of the case, the role corruption played in protecting Mr Morgan’s killer, and the links between private investigators, police and journalists connected to the case. 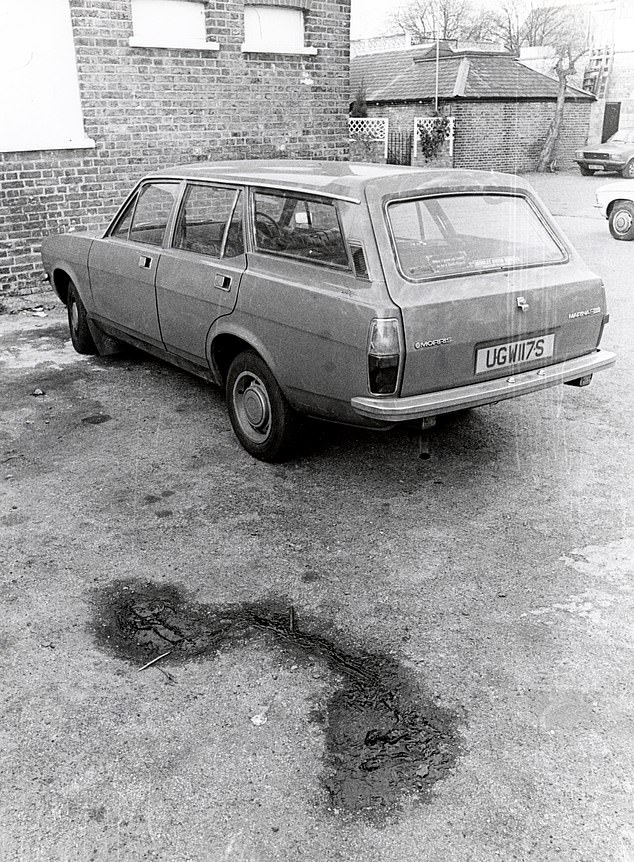 The private detective was hacked to death with an axe as he left the pub. In 2013 the then Home Secretary Theresa May ordered an independent panel to investigate Mr Morgan’s murder

A long-awaited report into the unsolved axe murder of a private detective is expected to expose a ‘culture of corruption and cover-up’ at Scotland Yard, the Daily Mail can reveal.

On another day of shame for Britain’s biggest force, leading officers in the Met are set to face personal criticism on today over their handling of the Daniel Morgan case.

According to sources, the bombshell report will reveal that at one stage police misled MPs over the 1987 murder and will be scathing of the now defunct Police Complaints Authority.

At least two former provincial chief constables who had involvement in the Morgan case will be admonished, as will Hampshire Police which carried out an ‘independent inquiry’ into the murder and alleged police corruption in the late 1980s.

A source briefed on parts of the report said it will ‘expose a culture of corruption and cover-up’ in the Met.

Last night Morgan’s campaigning brother Alastair said: ‘I will be disappointed if the report did not come to the conclusion there was institutional corruption in Daniel’s case.’

Any use of the term ‘institutional corruption’ in the report would be a hammer blow to the Met, still reeling from scathing comments earlier this year by Lady Brittan, widow of former home secretary Leon Brittan, that ‘a culture of cover-up and flick away’ exists in the force.

According to reports, Met boss Dame Cressida Dick is expected to be personally criticised by the Daniel Morgan Independent Panel when its report is published.

The murder of Morgan, 37, who was found with an axe embedded in his head in a south-east London pub car park 34 years ago, is the most investigated case in British history. The initial investigation was marred by allegations of police corruption. Despite five inquiries, no one has been brought to justice.

At an estimated final cost of £20million, the panel investigated the case for eight years and was expected to publish its findings last month. However Home Secretary Priti Patel infuriated Morgan’s family after she ordered that her department should first vet sensitive parts of the 1,200-page report on national security grounds.

Miss Patel is expected to come under pressure to get tough over the ‘cover-up culture’ and lack of accountability at the Met not only in the Morgan case, but also in the Operation Midland ‘Nick’ scandal which has seen no officers brought to book despite two judges saying the law was broken by the force.

Last month The Times reported that Dame Cressida is expected to be personally criticised over Scotland Yard’s ‘alleged obstruction’ of the inquiry.

The Met commissioner and other senior officers will be accused of delaying the inquiry into the unsolved murder by ‘trying to control the disclosure of sensitive police documents’, it was claimed.

The Daniel Morgan Independent Panel, appointed by then home secretary Theresa May in 2013, was asked to carry out a ‘full and effective review of corruption as it affected the handling of this case’.

It was expected to take just a year. It is understood that the panel will blame the delays on the failure of the Met promptly to disclose relevant files in the five failed inquiries.

Morgan’s family believe he was on the verge of exposing police corruption when he was killed. A murder trial at the Old Bailey collapsed in 2011 after concerns about the police handling of ‘supergrass’ witnesses and the Met’s failure to disclose sensitive police files.

Dame Cressida, then an assistant commissioner, produced a joint report with the Crown Prosecution Service that detailed the failings in the case. When the panel was first announced, she was made the liaison between it and the Met. A source said the ‘provision of all relevant documents to the panel came within her remit’.

Alastair Morgan blames Dame Cressida for his mother not getting to see the report before she died in 2017. In 2014, the Mail published an acclaimed three-part series on the case and has championed the Morgan family’s campaign for justice.

Former prime suspects Glenn Vian and Jonathan Rees were acquitted of murder in 2011. Mr Vian, who denied being the axeman, died last year. His brother Garry was also acquitted of involvement.

Mr Rees is in a long-term relationship with Daniel Morgan’s former lover Margaret Harrison. He has been highly critical of the police.

Who is Daniel Morgan and why was he murdered?

Daniel Morgan, who worked as a private detective, was killed after leaving a pub

March 1987: Married father-of-two Daniel Morgan is found dead with an axe in his head in a pub car park in south London.

1988: Rees denies murdering Mr Morgan at an inquest and a coroner rules the death an unlawful killing.

1989: Three men are arrested over the murder. Two are charged but charges are later dropped due to lack of evidence.

2002: Detective David Cook appears on TV’s Crimewatch to appeal for information about the case. A fourth police inquiry puts evidence before the CPS, but no prosecutions are brought.

2008: Rees, the Vian brothers and another man are charged with murder.

2010: A key witness in the case is dismissed. Two other witnesses are also later dropped. The fourth man arrested is cleared.

2011: The Director of Public Prosecutions pulls the case and Rees and the Vian brothers are also formally acquitted.

2017: Sid Fillery is awarded damages for being unfairly accused of perverting the course of justice. A High Court judge dismisses the claims of Rees and the Vian brothers.