A blind koala and her young joey have been saved by kind-hearted motorists.

The disorientated marsupial was spotted on the side of the road in the town of Woodenbong, in northern New South Wales, on May 28.

Passers-by called emergency rescue teams and stopped the mother and her joey from walking into oncoming traffic until they arrived. 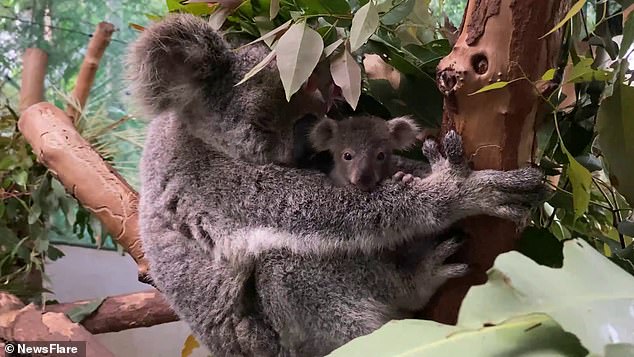 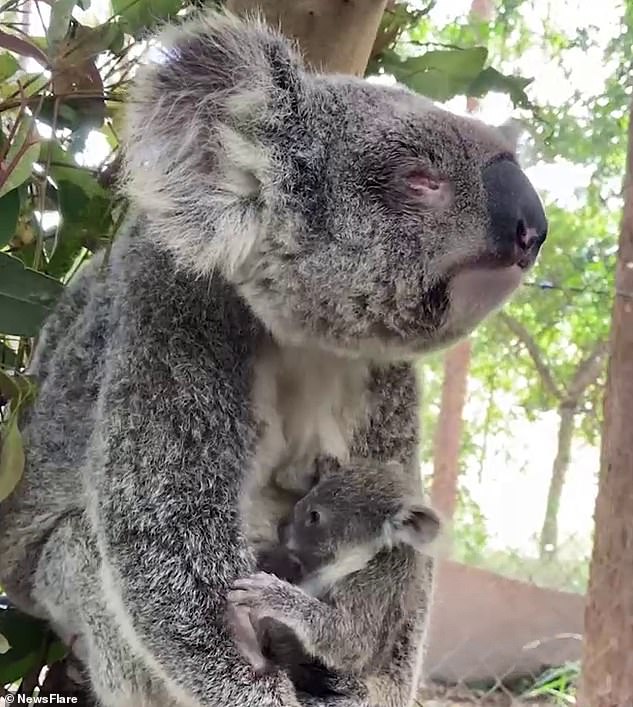 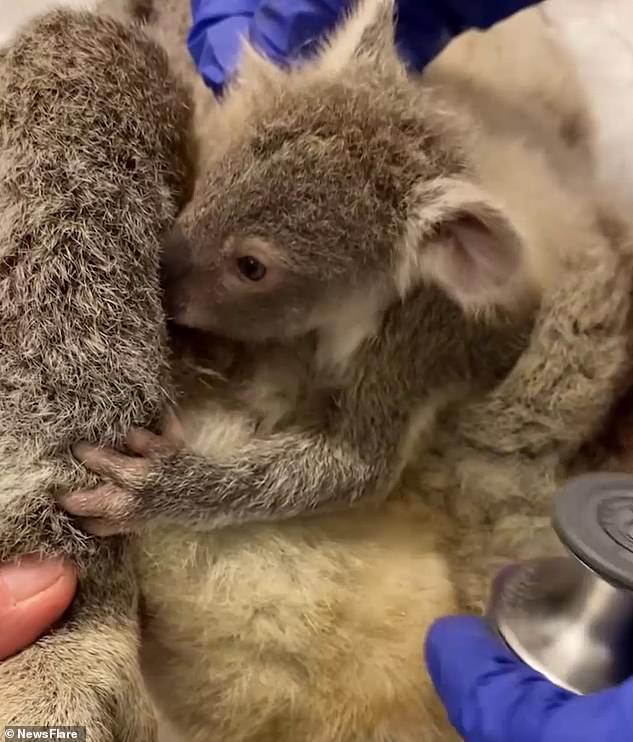 The mother, Venus, was completely blind from chlamydia and had significant trauma to one eye

The mother, named Venus, was completely blind from chlamydia and had significant injury to one eye.

But Venus was still caring for her Joey, named Cupid.

‘Without her sight, Venus was incredibly disorientated and vulnerable on the ground,’ Superintendent vet Jackie Reed said. 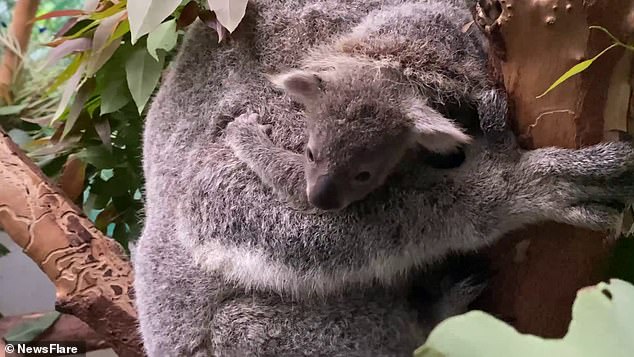 Venus still made sure to take care of her joey, Cupid 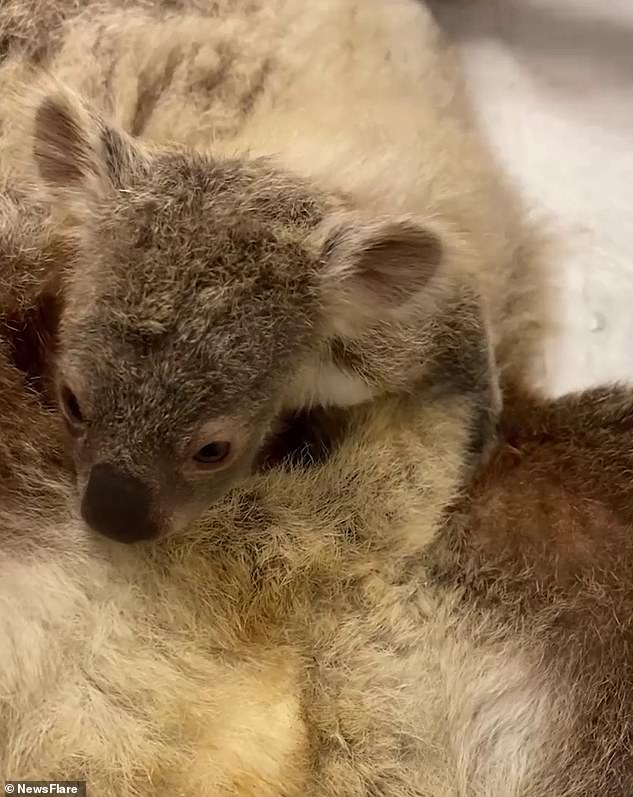 ‘If we hadn’t rescued her, she would have died from either a dog attack, car hit or eventual starvation.

‘We are so thankful to the member of the public, who knew to call our rescue hotline.’

Koala populations have declined in NSW by about 26 per cent in the last 20 years.