A family has been stuck with a power pole in the middle of their driveway during a year-long tussle between their developer and the council to have it moved.

Jodi and Rod Klerks claim the council agreed to have the 30-year-old pole moved off their new-build home in Birkdale in Brisbane’s south-east, when the application was still in the planning phase.

But Redland City Council officials reversed that decision after a consultant from the power company Energex found it would be unsafe to reposition the pole.

The about-turn means the Klerks had to build their driveway around the pole, which in turn meant shelling out thousands of dollars to have their water meter shifted to the side. 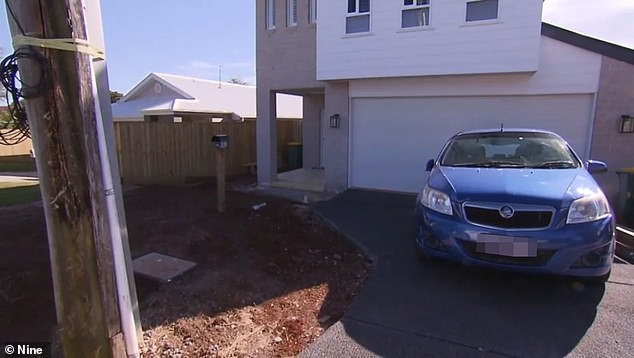 ‘During the application the council made it a requirement they move the power pole. It was $3,000 to move the water meter four metres,’ she said.

Ms Klerks said the 6m-high pole was also starting to lean out of place, posing safety concerns for her and her neighbours.

‘It’s our leaning tower of Pisa,’ she told 9News. ‘We do have safety concerns because there has been movement of that power pole.’

The Energex consultant found the pole did not pose any dangers in its original position and would create an illegal hazard if it was moved from the property.

‘Relocation of the existing power pole is not desirable as it will… cause the overhead connections to cross the boundary,’ the letter to the council from the consultant read.

The Klerks also spent $90 on having their front yard assessed by a surveyor so the water meter could then be moved to the side of the property. 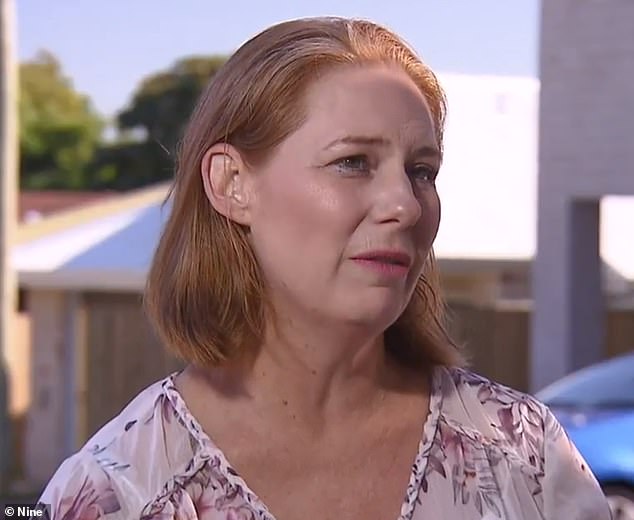 Ms Klerks said the 6m-high pole was starting to lean out of place, posing safety concerns for her and her neighbours 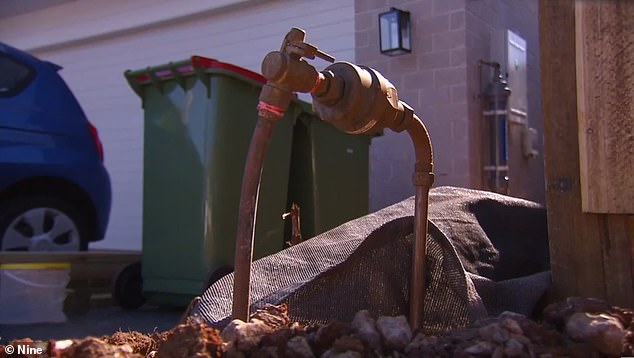 With the pole stuck in their driveway for more than a year, the Klerks had to shell out $3,000 to have their water metre shifted four metres to the side

One of their neighbours was also forced to pay $1,800 to have a pole installed in their garden to prevent their power lines crossing those on the Klerks’ land.

The family asked the council to help them claw back the cost of having the water meter moved – an expense usually paid for by the developer.

‘When housing estates are planned by development companies, they generally pay to relocate any existing infrastructure if desired,’ a spokesman said.

‘Energex was not engaged to undertake such works for this address.

‘An Energex representative did a visual inspection of the pole last week and found no defects warranting replacement of the pole at this time.’