Aston Villa fan is recovering in hospital ‘after breaking pelvis, leg, and both ankles’ in fall from Wembley stadium stand ‘while putting up St George’s flag’ before Euro 2020 Croatia match

A fan who fell from a stand at Wembley stadium during England’s victory over Croatia is an Aston Villa fan who sustained two broken ankles, femur and a fractured pelvis in the tumble.

The Three Lions supporter, known only as Jon, was trying to fix a St George’s Flag to railings when the accident happened.

Witnesses saw the spectator fall at around 2pm, when the game kicked off. They then plunged towards seats and concrete below, according to reports.

Villa fans, who have not fully named their fellow supporter, say he is still in hospital but now out of critical care.

One said: ‘Horrible news, Let’s all pray for him. One of the Villa loyal.’

Another posted: ‘Wishing him a speedy recovery.’ 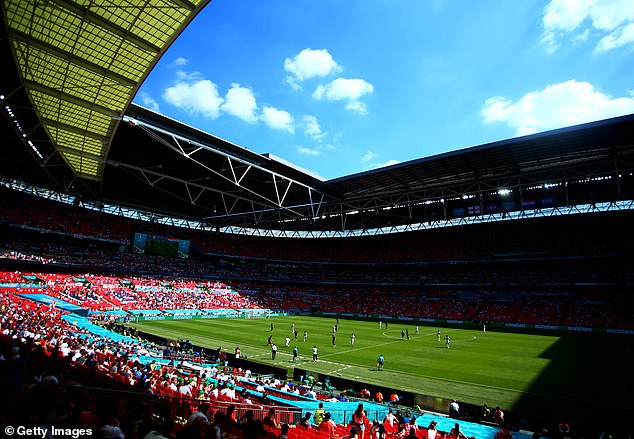 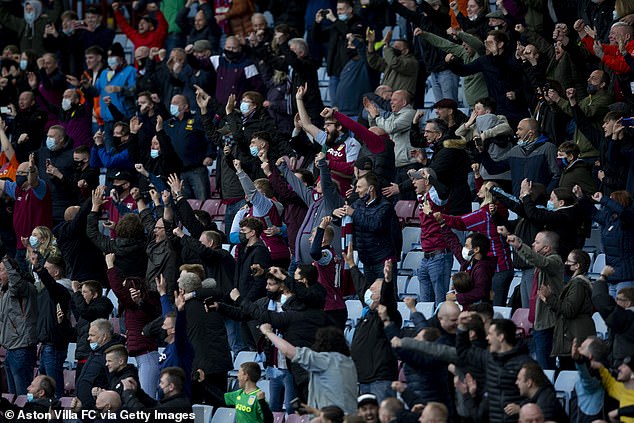 A third added to the Birmingham Mail: ‘I went to school with him, he’s such a lovely lad.’

On Sunday a spokesperson for the stadium said the person had been taken to hospital and was in a serious condition.

According to the Evening Standard, one England fan said: ‘We saw his legs go over the barrier and then he fell and hit the ground and didn’t move.

‘It seemed to take staff ages to get to him. One guy near us who saw the whole thing was crying his eyes out.’

A Wembley stadium spokesperson said: ‘We can confirm that a spectator fell from the stands just after kick-off in the match between England and Croatia at Wembley Stadium.

‘The spectator was given on-site medical attention and was then taken to hospital in a serious condition. 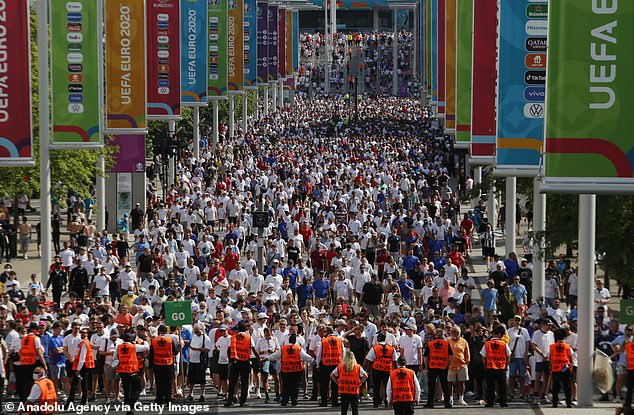 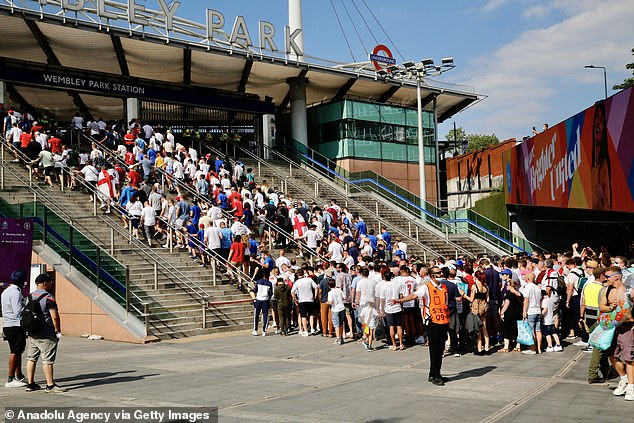 ‘We will continue to work with UEFA to ensure the matter is fully investigated and we are continuing to monitor the situation.’

UEFA confirmed that a spectator fell from the stands and was taken to hospital in a serious condition.

Wembley stadium was at around 25 per cent capacity due to Covid social distancing, with approximately 22,500 spectators in attendance.

The game continued despite the incident, with Raheem Sterling scoring the winning goal as England beat Croatia 1-0 to begin their Euro 2020 bid.