Ashli Babbitt’s husband is demanding authorities release the name of the police officer who shot dead his wife during the US Capitol riots, saying the ‘silence is deafening’.

Speaking to Fox News’ Tucker Carlson on Monday night, Aaron Babbitt said he still hasn’t been told which officer was responsible for fatally shooting his 35-year-old wife on January 6.

‘Somebody in DC knows, I think a lot of people know, but nobody is telling us. And the silence is deafening,’ Babbitt said.

‘I never expected to lose my wife to political violence.’ 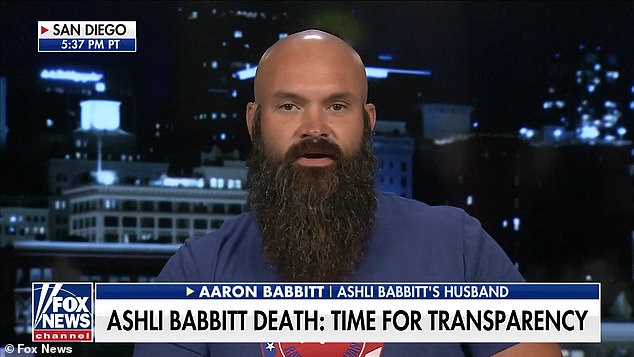 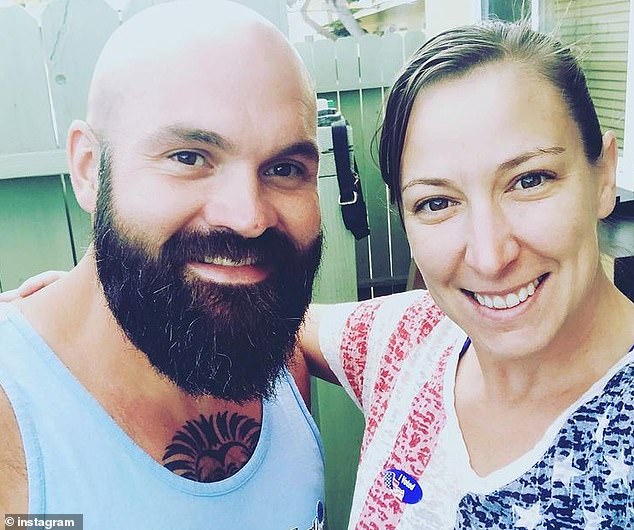 His attorney Terrell Roberts said he believes the officer responsible for Ashli’s death is the same one who made headlines for leaving his loaded gun in a public restroom inside the Capitol in 2019.

Carlson asked the attorney if he thought that was reason police were hiding the identity of the officer given he was allowed to keep his job after that 2019 incident.

‘I don’t know but I think one of the reasons they are hiding his identity they don’t have a good reason for this shooting,’ Babbitt’s attorney said.

‘I think if Ashli Babbitt had been brandishing a firearm and she was shot the officer would be identified by now and pinning a medal on him.

‘So I don’t think we have an explanation for the shooting and that’s why they have not identified him.’

The Department of Justice announced in April it would not pursue criminal charges against the officer responsible for Babbitt’s death.

They have also refused to name the officer. 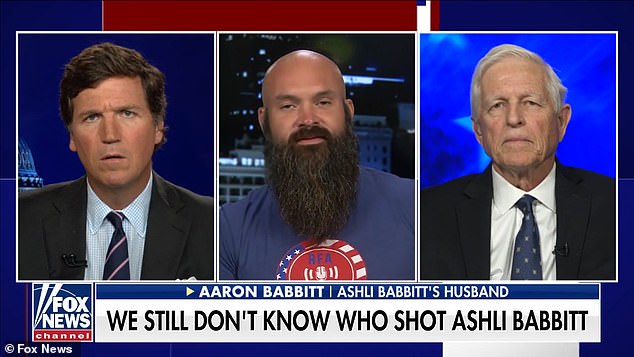 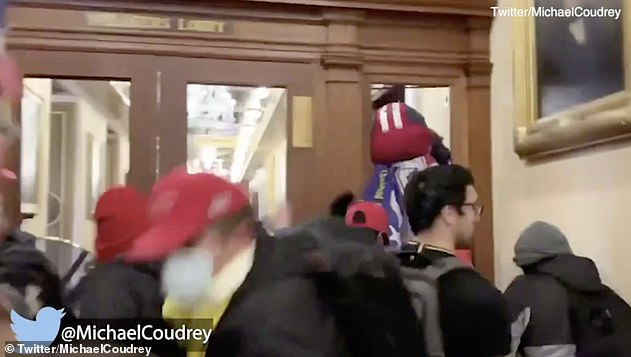 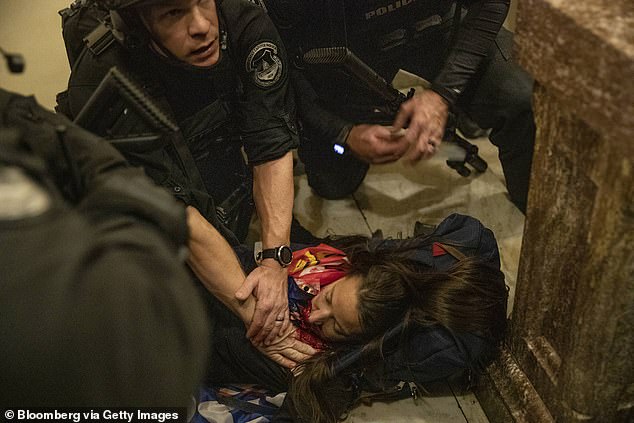 Babbitt is suing the Metropolitan Police Department for refusing to identify the officer.

He said the characterization of his wife following her death sickened him.

‘There has never been a person Ashli ran across in her daily life that didn’t love her and wouldn’t remember her in some way, shape or form for the rest of her life,’ he said. 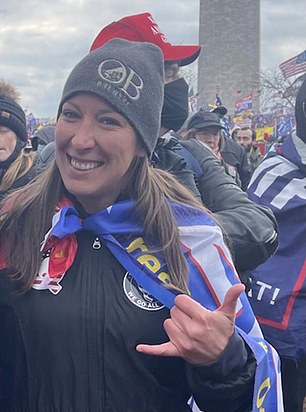 ‘But this is the game. This is the social media craziness that people just run with a theory and just take off with it. You know, it is up to us and the ones that love her and people like you for not giving up on it. So I appreciate that, Tucker.’

Babbitt’s family filed the civil lawsuit in the Superior Court of the District of Columbia earlier this month.

They are seeking all video footage of the shooting, as well as witness statements and documents gathered during the internal investigation.

The civil lawsuit is separate from a $10million wrongful death lawsuit Babbitt’s family announced they were preparing to file last month.

Babbitt, an Air Force veteran, was one of hundreds of President Donald Trump supporters who stormed the Capitol on January 6 in an effort to prevent Congress from certifying the results of the 2020 presidential election.

According to the Department of Justice, Babbitt was part of a group of protestors that managed to force their way into a hallway outside the Speaker’s Lobby, which leads directly to the House Chamber.

She tried to climb head-first through the broken glass window of a door separating the hallway from the lobby, which was barricaded from the inside with furniture, the department said in its investigation.

Other members of the group tried to break through the doors ‘by striking them and breaking the glass with their hands, flagpoles, helmets and other objects,’ the Department of Justice said.

One of the officers inside the lobby then fired one round from his service pistol, the department said, striking her once in her left shoulder, and causing her to fall backward onto the floor.

An emergency response team was deployed to tend to her wounds, the department concluded, before she was transported to Washington Hospital Center, where she was pronounced dead.