Argentina paid an emotional tribute to Diego Maradona with a stunning light display ahead of their Copa America opener against Chile.

The football icon passed away at the age of 60 in November last year and is regarded as one of the greatest players the game has ever seen.

A glittering career saw him lead Argentina to World Cup glory in 1986 and is regarded a hero internationally and at the clubs he played for, in particular Napoli, whom he played for between 1984 and 1991. 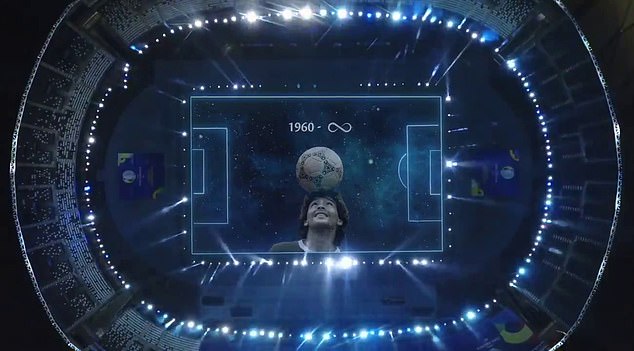 With Argentina playing their first major tournament appearance since his passing, they took the opportunity to pay tribute to their superstar with a light display across the Estádio Olímpico Nilton Santos pitch and seats.

The official Copa America Twitter page posted the video of the display with the caption: ‘THANKS DIEGO! Emotional tribute to the star Diego Armando Maradona in CONMEBOL #CopaAmérica, eternal 10!’

The display pays homage to a host of iconic Maradona moments, including his iconic ‘Live is Life’ warm up before the 1989 UEFA Cup semi-final, as the animation showed him juggling the ball in the kits of all the clubs he played for. 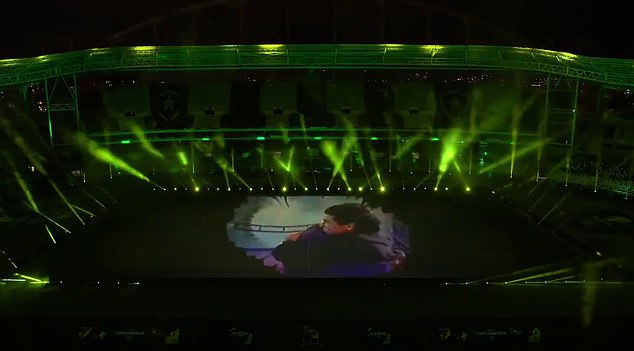 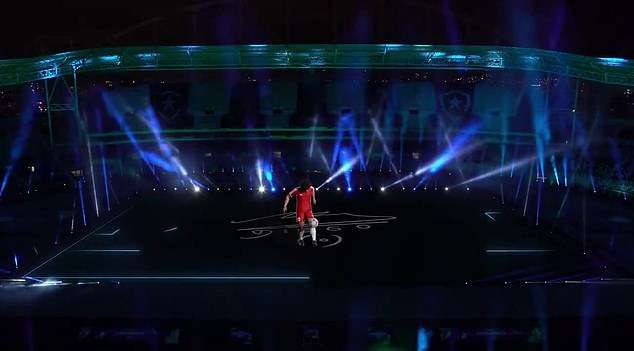 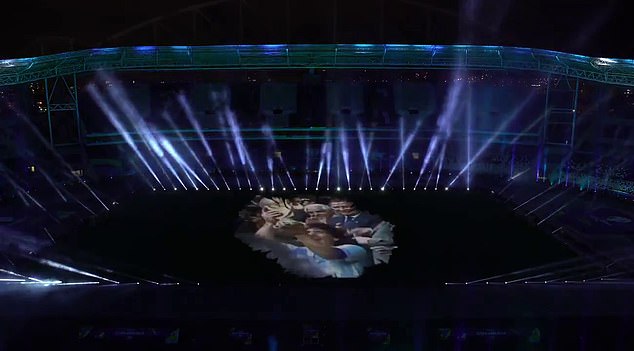 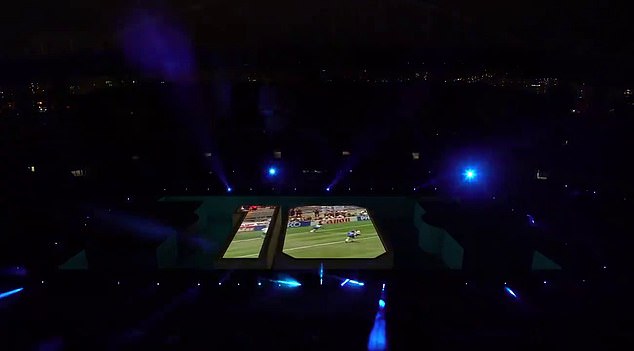 Some of his best moments for club and country are also shown inside the frame of his iconic number 10, including that World Cup triumph and his breathtaking solo goal against England in the quarter-final.

Also included is an embrace with fellow footballing icon Pele, before ending with a memorial photo of him smiling whilst balancing a football on his dead.

Ahead of the game, a statue of Maradona was unveiled

Argentina’s modern day superstar, Lionel Messi, was on target with a stunning free-kick during the game, which was cancelled out by Eduardo Vargas in a 1-1 draw. 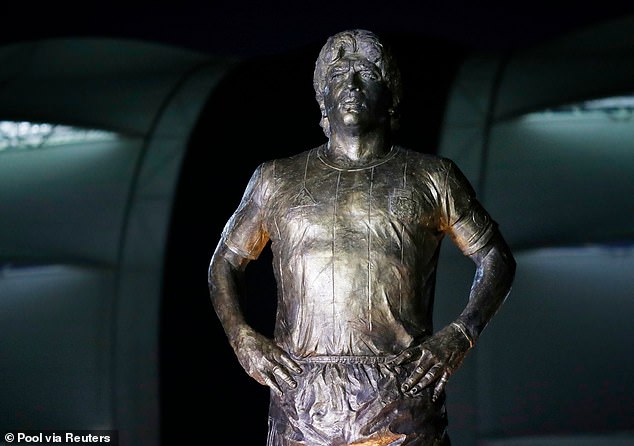