Irrespective of Sunday’s result, there were bigger things going on in the mind of Stefanos Tsitsipas than his first-ever appearance in a Grand Slam final.

However, that is all insignificant following the news that he found that his beloved grandmother had died just five minutes before he stepped out on to Court Philippe Chatrier at Roland Garros. 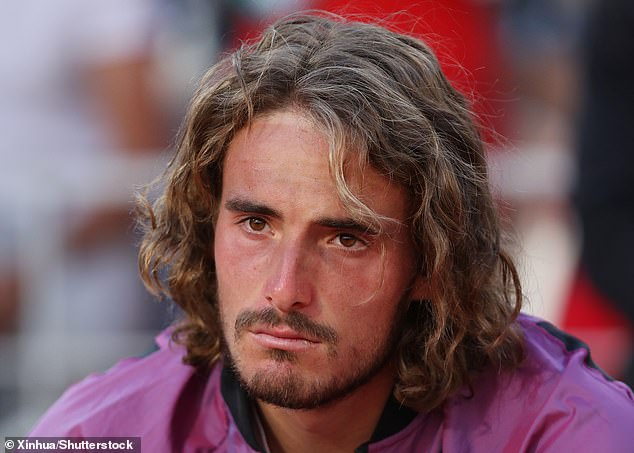 The Greek revealed the sad news in the early hours of Monday morning on Instagram. Captioned alongside a picture of him with the runners-up prize, he lovingly wrote: ‘Life isn’t about winning or losing. It’s about enjoying every single moment in life whether that’s alone or with others.

‘Living a meaningful life without misery and abjection. Lifting trophies and celebrating wins is something, but not everything.

‘Five minutes before entering the court my very beloved grandmother lost her battle with life. A wise woman whose faith in life, and willingness to give and provide can’t be compared to any other human being that I have ever met.

‘I would like to say that regardless of the day, circumstance or situation, this is entirely dedicated to her, and only her.

‘Thank you for for raising my father. Without him this wouldn’t have been possible.’

Following the 22-year-old’s emotional message, he received plenty of support around the tennis world.

Djokovic expressed his sympathy by commenting underneath with a sad face emoji, several praying hands and a love heart.

American tennis sensation Cori Gauff wrote: ‘So sorry for your loss. I know she was watching and so happy for you because you fought so hard today and it was so inspiring and incredibly to see.’

Patrick Mouratoglou, a mentor of Tsitsipas since he was 15 and the long-time coach of Serena Williams, posted: ‘We are so proud of everything you are achieving Stef.’