By John Greechan For The Scottish Daily Mail

Skipper Andy Robertson has promised the Tartan Army that Scotland will go into Monday’s Euro 2020 opener against the Czech Republic at Hampden with ‘all guns blazing’.

The national men’s team will make their long-awaited return to a major finals after 23 years in the wilderness when they kick off their Group D campaign at 2pm today.

And Liverpool star Robertson, speaking from the national stadium ahead of a final pre-match training session for Steve Clarke’s men, insisted there was no need for him to issue a final rallying cry to his troops. 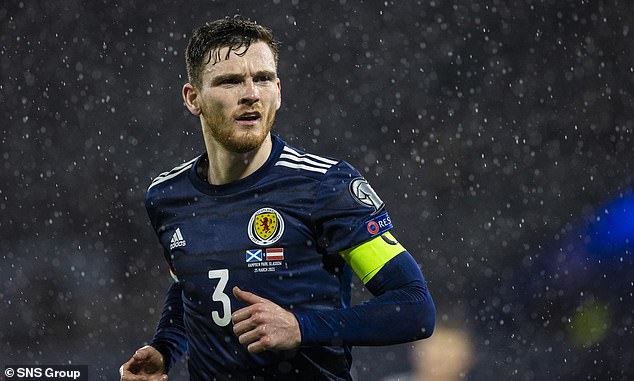 The Champions League and Premier League winner declared: ‘It’s important to stay calm, composed and ready — and then go all guns blazing into the game.

‘There have been chats, conversations where myself and the gaffer have both spoken. I’m not sure it’s needed on the eve of the game. 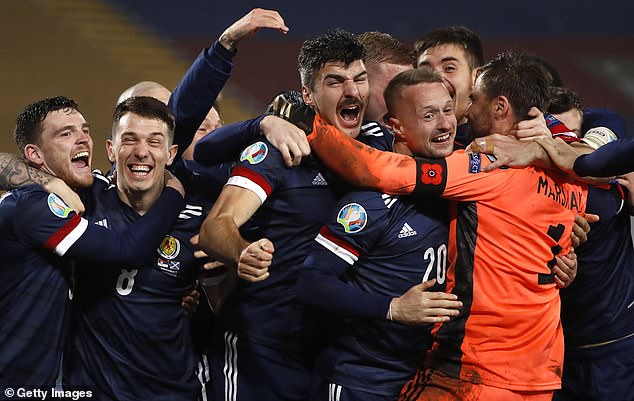 ‘I look around the squad and I see boys who are ready. We will meet tonight again and I’m sure there will be words. But I already know the players are up for this. We are good to go.’

Embracing the prospect of supporters being back at the national stadium, Robertson said: ‘Walking out in front of the fans again will be incredible.

‘I would have loved it to be a full house. But obviously what’s going on in the world just now isn’t allowing it. 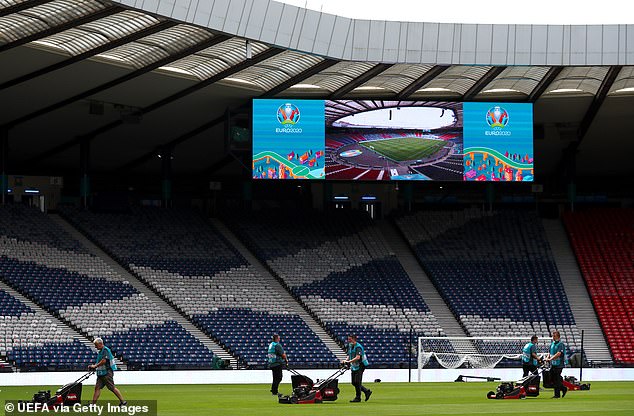 Robertson is relishing the prospect of playing in front of 12,00 fans at Hampden Park

‘We’ve always said we’re not here to make up the numbers. We’re not just happy to be in the tournament, we want to do well in it.

‘We have a tough group and it will be hard. But it has to be our aim to get out of the group — which no one (Scotland team) has done before. If we can do that, we are writing our own history.’