The FA breathed a sigh of relief on Sunday night after the controversy over England’s players taking the knee did not overshadow their opening European Championship game against Croatia.

The vast majority of the 22,500 England fans inside Wembley applauded the players’ gesture of defiance against racism with cheers quickly drowning out the smattering of boos that came from the upper tier behind the goal on the west side of the stadium.

The FA had been concerned that fans booing their own players – as happened before warm-up matches against Austria and Romania – would dominate and create an unpleasant atmosphere at the start of England’s tournament. 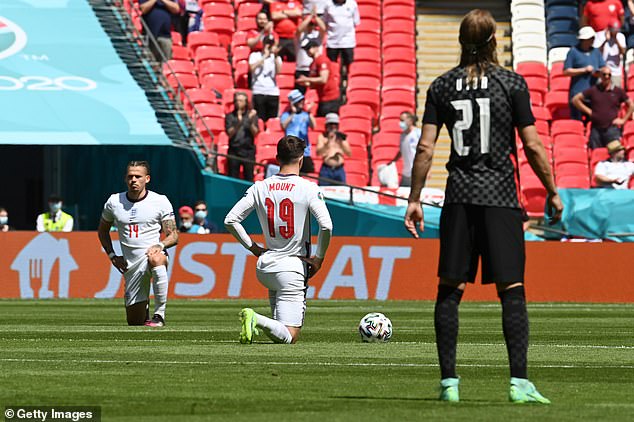 The fans’ backing for the players vindicates the diplomatic work that has gone on behind the scenes this week with the FA lobbying the Government to condemn fans who booed. This backing eventually materialised on Friday and England manager Gareth Southgate implored supporters to get behind the team.

The FA had been sufficiently worried about the prospect of loud booing that they prepared a statement condemning it and reaffirming their commitment to campaigning for greater racial equality, but it was never released.

The booing came from the same area of the stadium where a small group of fans sang ‘No surrender to the IRA’ during the national anthem as well as booing the Croatian anthem.

Croatia’s players opted not to take the knee. 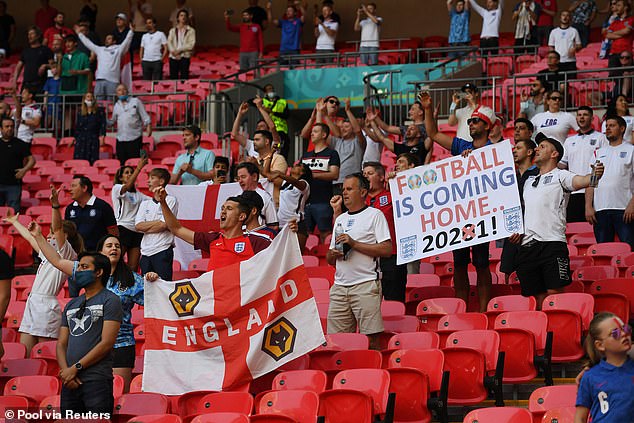