Peter Schmeichel has hit out at UEFA’s ‘ridiculous’ decision to restart Denmark’s game against Finland following Christian Eriksen’s collapse as the Danish great said UEFA showed ‘no compassion’ for his son Kasper and his team-mates.

Shortly before half-time at the Parken Stadium in Copenhagen, Eriksen suddenly fell to the ground as he ran back from the Finland penalty area, leaving players from both teams in clear distress.

English referee Anthony Taylor immediately called medics on to the pitch and Eriksen underwent prolonged treatment, with compressions performed on the chest of the 29-year-old Inter Milan player before he was taken to hospital for further treatment, where his condition was said to have stabilised. 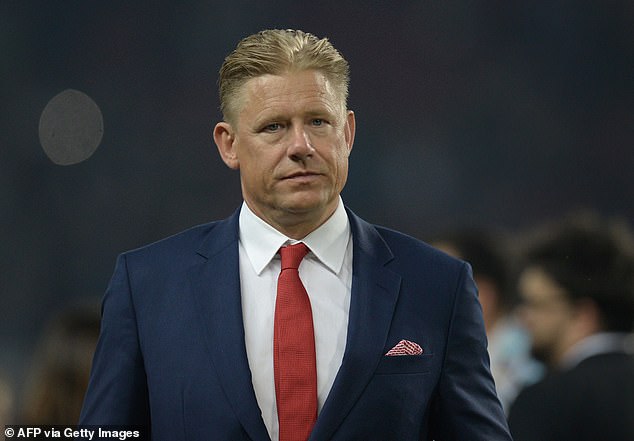 The game continued at 7.30pm UK time after the Danish players agreed to continue having spoken to Eriksen over the phone, and the Finns ran out 1-0 winners on a day where the result paled in significance to the health of the former Spurs star.

And Schmeichel, 57, understandably choked up on BBC Radio 5 Live on Sunday morning as he slammed UEFA for leaving the Dane’s in a ‘very hard’ position after suggesting they return to the stadium to resume the game at 12 noon today.

‘I want to put on record that it is absolutely ridiculous that UEFA come up with a solution like that,’ he said. 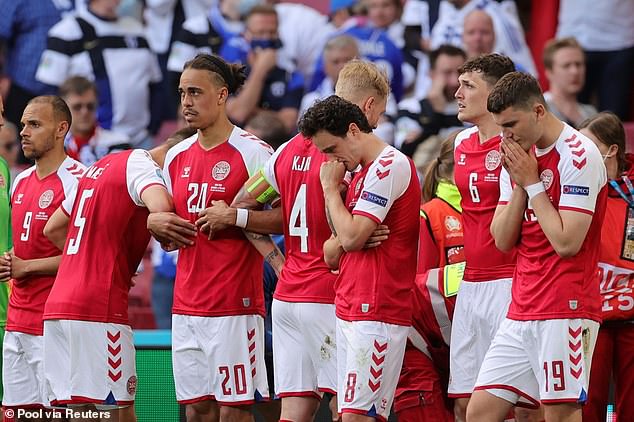 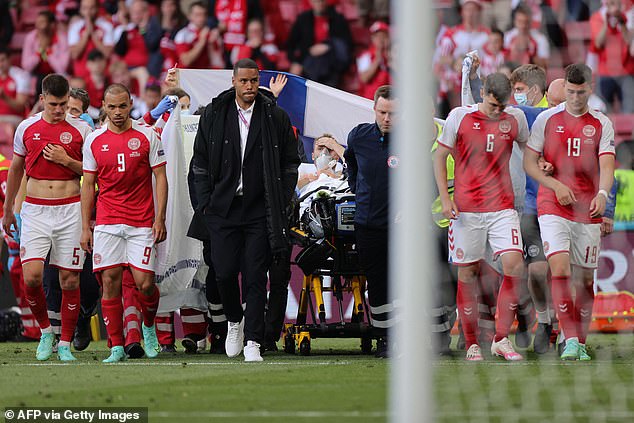 ‘Something terrible happens and UEFA gives the players an option to go out and play the game the last 55 minutes or whatever it was or come back at 12 o clock today, I mean what kind of option is that?

‘So you go back to your hotel – in the case for the Danes is 45 minutes away – you cannot sleep, you might not even sleep because watching trauma like that has a massive effect on you of course and then get back on the team bus at 8 to play the rest of the game.

‘It was not an option, it was a ridiculous decision by UEFA and they should have tried to work out a different scenario and show a bit of compassion and they didn’t.’ 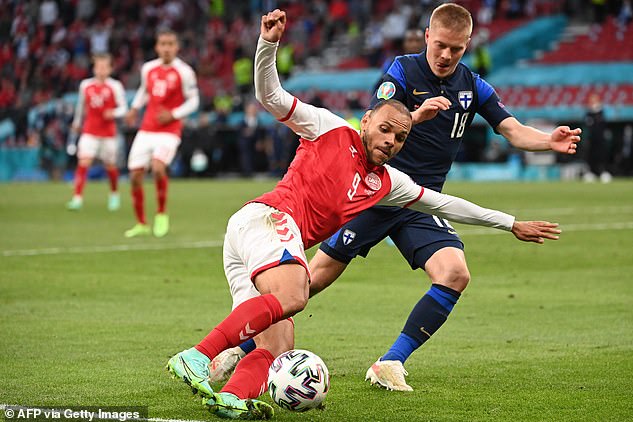 The game continued after the Danes spoke to Eriksen, but Schmeichel has slammed UEFA 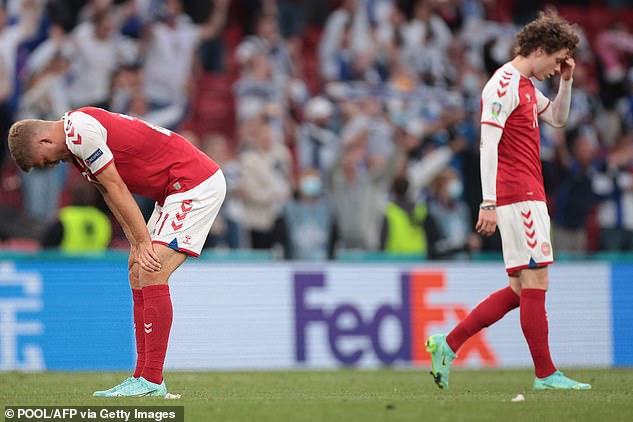 Schmeichel’s son, Kasper, was on the pitch as the distressing scenes unfolded on Saturday, and Schmeichel Sr said that it was not fair for UEFA to prioritise ‘TV scheduling’ over the welfare of his son and his team-mates.

‘I don’t know [about other solutions], but why 12 o clock? Why take TV scheduling and all of that into consideration. Why 12 o clock?

‘That was ridiculous and to be fair, the result of the game is completely irrelevant and I have to be very honest… we obviously made a decision if the players come out and play they will only play if Christian is alright and by alright it means he is alive and speaking to the players, they knew he was okay.

‘That was very, very hard and I could not understand the decision, I couldn’t and the game was irrelevant, totally. How can you play?’

Schmeichel also revealed that Denmark’s goalkeeper confirmed to Eriksen’s wife, Sabrina Kvist Jensen that her husband was breathing after she had feared for his life in a horrifying ordeal. 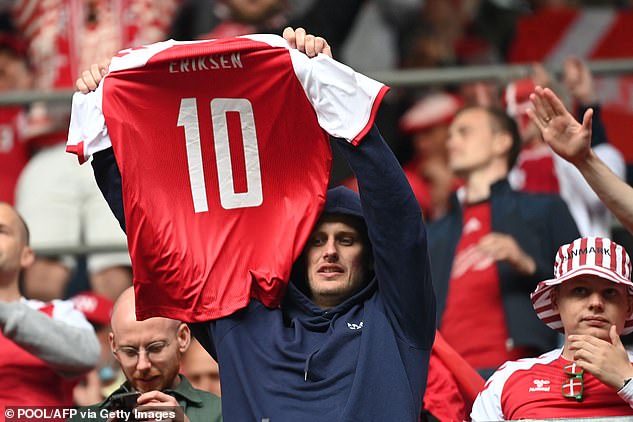 ‘You could see from the reaction of… my son Kasper running over to her and I obviously spoke to him last night and he went over to say Christian is breathing and she actually believed he had passed away and just to confirm that he went back to be absolutely sure he wasn’t saying anything that was out of order,’ he added.

The Danish FA on Sunday morning provided an update on Eriksen’s condition, describing him as ‘stable’.

‘Latest news: This morning we have spoken to Christian Eriksen, who has sent his greetings to his team-mates,’ the statement read. ‘His condition is stable, and he continues to be hospitalised for further examination.

‘The team and staff of the national team has received critical assistance and will continue to be there for each other after yesterday’s incident.

‘We would like to thank everyone for the heartfelt greetings to Christian Eriksen from fans, players, the Royal Families from both Denmark and England, international associations, clubs etc.

‘We encourage everyone to send their greetings to the Danish FA, where we will make sure they are all passed on to Christian and his family.’