More than two million people passed through security checkpoints at American airports on Friday for the first time since the coronavirus pandemic began.

The Transportation Security Administration announced on Saturday that nearly 2.03 million people were screened at the checkpoints on Friday, marking the first time in 15 months that the number of security screenings surpassed two million.

Friday’s crowds were just 74 percent of the volume compared to the same day in 2019, before the pandemic began, but were 290 percent higher than the same time last year — when airlines faced budgetary deficits and executives feared they would go out of business. 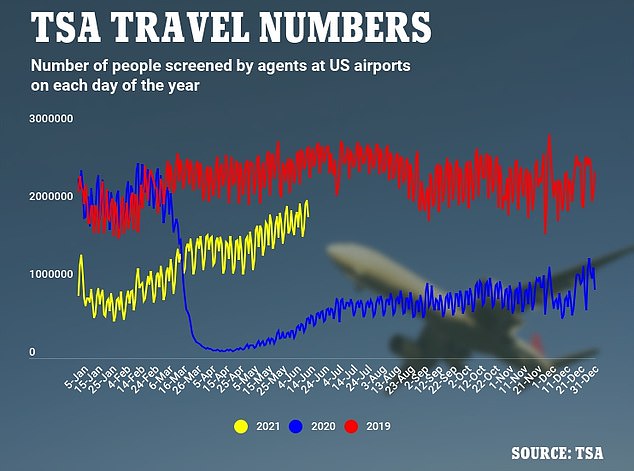 In April 2020 fewer than 100,000 people boarded planes in the United States each day, and the CEO of Boeing, a major aircraft producer, predicted that at least one airline would go bankrupt.

But Southwest Airlines managed to eke out a small first-quarter profit in 2021, thanks to its shares of $64 billion in federal pandemic relief funds, according to FOX News, and United Airlines, which lost $7 billion and threatened to lay off 13,000 employees last fall told them this week that their jobs are secure, even when the federal relief money runs out in October.

The airlines are now recalling employees from their voluntary leave, FOX reports, and are planning to hire a small number of pilots and workers later this year, as domestic leisure travel is roughly back to its pre-pandemic levels. 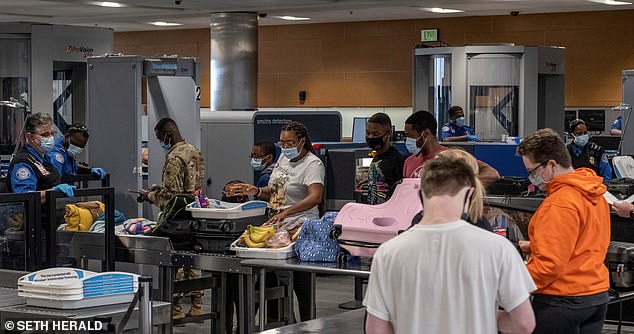 The Transportation Security Administration reported that nearly 2.03 million people passed through security checkpoints, like the one seen here in Detroit, on Friday

Before the pandemic, the TSA screened an average of two million to 2.5 million travelers per day, FOX reports.

Its lowest screening volume was on April 13, 2020, when just 87,534 individuals were screened at checkpoints.

But by the middle of last month, TSA’s average daily volume was approximately 65 percent of its pre-pandemic levels.

The number has been slowly inching up, with 1.9 million travelers reported on Thursday, amid a nationwide push for more people to get vaccinated against COVID-19. 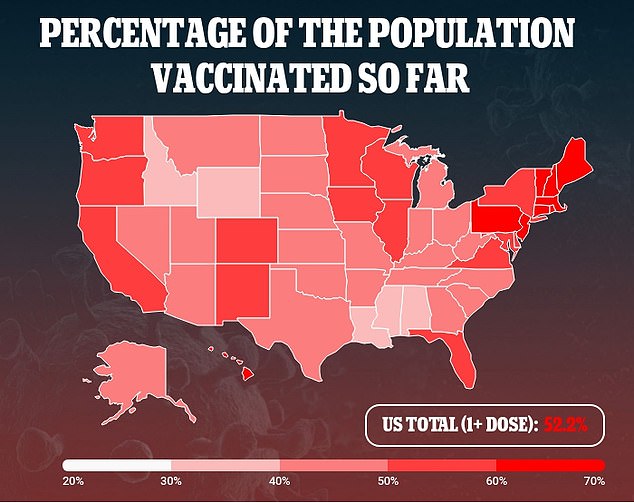 COVID cases, meanwhile, have been decreasing over the past few months 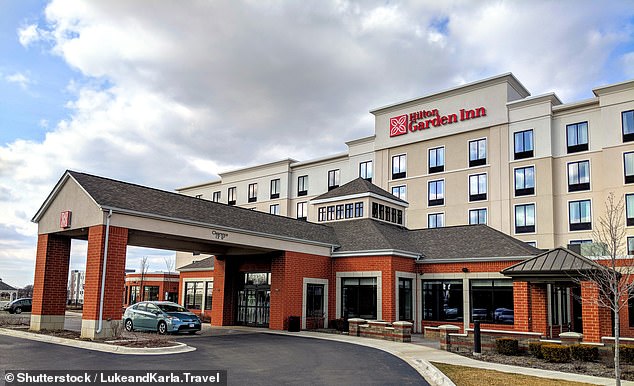 Several states have created initiatives in which people who get vaccinated can earn money from the state’s lottery, and President Joe Biden has said that he wants 70 percent of all Americans to be vaccinated by Independence Day.

As of Sunday, the Centers for Disease Control reports, more than 52 percent of the total population has received at least one dose of the COVID vaccine, and 43.4 percent, or a total of 143.9 million Americans were fully vaccinted.

Among adults 18 and older, more than 64 percent of Americans have had at least one dose and 54 percent have been fully vaccinated.

The number of cases, meanwhile, have declined over the past few months, with just 9,587 new cases reported on Saturday, down nearly 95 percent from a year-to-date high of 188,840 new cases on January 11.

Now, hoteliers seem optimistic about the future, with Mike Gathright, a senior vice president at Hilton, saying the company is ‘very optimistic’ about leisure travel over the summer and is predicting business travel will pickup in the fall.

‘The vaccine distribution, the relaxed travel restrictions, consumer confidence — all of that is driving occupancy and improvement in our business,’ Gathright said.