Peace in Northern Ireland is ‘at risk’ as Sinn Fein threatens to block a new First Minister and collapse powersharing unless it gets concessions.

The standoff could see the institutions at Stormont collapse again unless a compromise can be found in the coming days.

Mrs Foster formally quit as joint head of the devolved Executive today, setting the clock ticking on a seven-day time frame within which the DUP must nominate successor Paul Givan.

However under the Good Friday Agreement the unionist First Minister must have a republican deputy – meaning that unless Sinn Fein’s Michelle O’Neill is renominated the process fails.

When the executive collapses the UK Government has a legal responsibility to call an Assembly election – although it has some leeway over the timing. 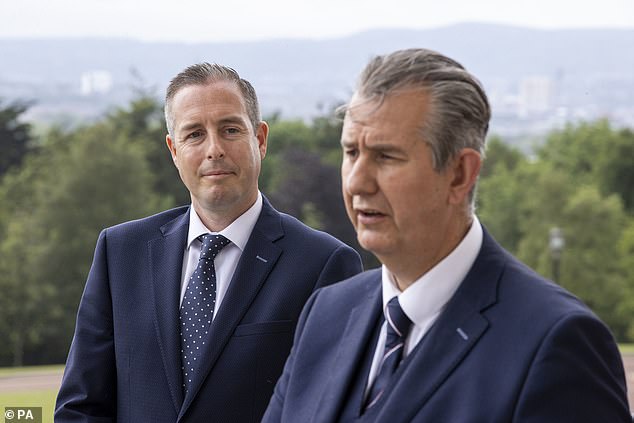 The resignation of Arlene Foster, due today, sets the clock ticking on a seven-day time frame within which the DUP must nominate successor Paul Givan (pictured left with leader Edwin Poots) 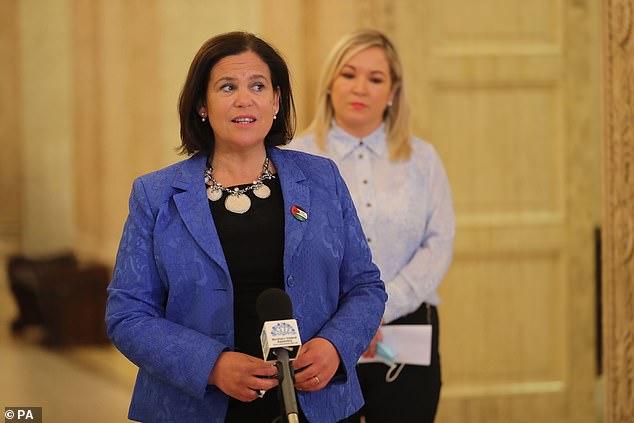 Yesterday Sinn Fein made clear it would only play its part if there were assurances about the commencement of legal protections for Irish language speakers.

But Mr Poots insisted today that there can be no conditions attached to the nomination process.

He reiterated that he was committed to implementing all outstanding aspects of the 2020 deal to restore powersharing, including Irish language legislation.

However, he declined to indicate whether he would move on the language laws in the current Assembly mandate – a Sinn Fein demand – and insisted there were other priorities the Executive should be focusing on, including the health service and economy.

‘Our community is at a very tense situation at this moment in time.

‘We saw riots on the streets of Belfast earlier this year. And I have serious concerns about the potential for conflict once again on our streets.

‘Not only if Sinn Fein do not nominate the deputy First Minister are all of those issues not going to be served well, we are putting our very peace at risk as a consequence of that action.

‘If Sinn Fein are going to play fast and loose with the very peace that people enjoy at this moment in time, then that is a very, very serious consideration for them to take. Hopefully they won’t.’

The Irish language legislation is one of several outstanding elements of the New Decade, New Approach (NDNA) deal that resurrected powersharing in Northern Ireland after a three-year impasse.

Since becoming the new DUP leader, Mr Poots, who succeeded Mrs Foster after an internal revolt forced her out, has repeatedly said he is committed to implementing all of the NDNA agreement.

Sinn Fein has however demanded specific and immediate action on the Irish language aspect, insisting the legislation must be tabled at Stormont ahead of the summer recess if it is to become law before the end of the current Assembly mandate next spring. 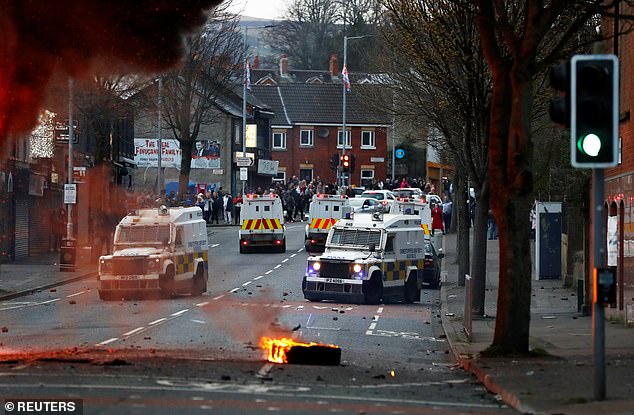 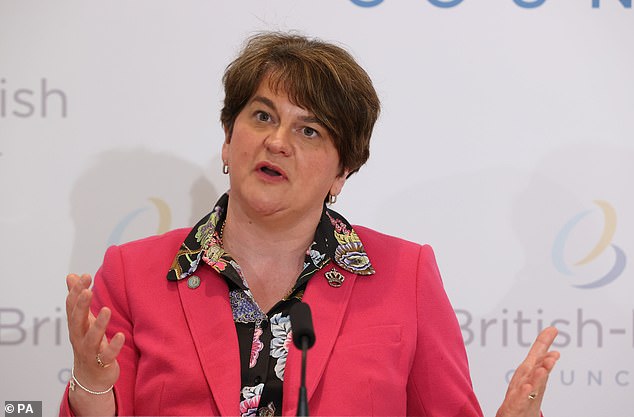 Yesterday a Sinn Fein source accused Mr Poots of being ‘disingenuous’ in his public comments on the NDNA.

The source said Sinn Fein assessed that the DUP was ‘acting in bad faith’.

‘We do not believe they will deliver on the Irish Language Act,’ said the source.

The cultural elements of the NDNA, which include protections for Irish and Ulster Scots speakers, would be delivered in the form of amendments to the 1998 Northern Ireland Act.

With the law changes having already been drafted as part of the NDNA deal, the draft legislation can commence its journey through the Assembly once the Executive gives it the green light.

This could be done at a meeting of the devolved administration or by way of an urgent written procedure initiated jointly by the First Minister and deputy First Minister.

The Executive cannot meet in the period between Mrs Foster resigning and a successor being confirmed in the role.

It is understood Sinn Fein would engage in the renomination process if that was followed by a swift meeting of the Executive to sign off on the language legislation.