Liverpool will continue to track long-term target Florian Neuhaus of Borussia Monchengladbach at the European Championships with Germany, according to reports.

Jurgen Klopp’s Reds are on the lookout for a central midfield player after Gini Wijnaldum left Anfield this month on a free transfer to Paris Saint-Germain, a move that was confirmed this week.

Neuhaus is part of Joachim Low’s 26-man squad for Euro 2020 and is expected to play some part in Die Mannschaft’s group games against France, Portugal and Hungary. 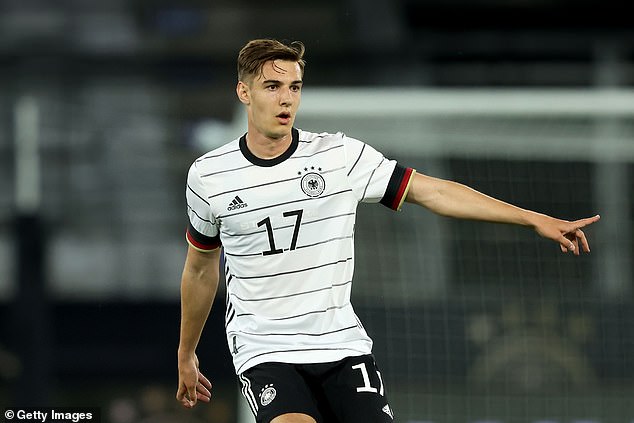 Liverpool will carry on tracking Germany’s Florian Neuhaus at Euro 2020, according to reports 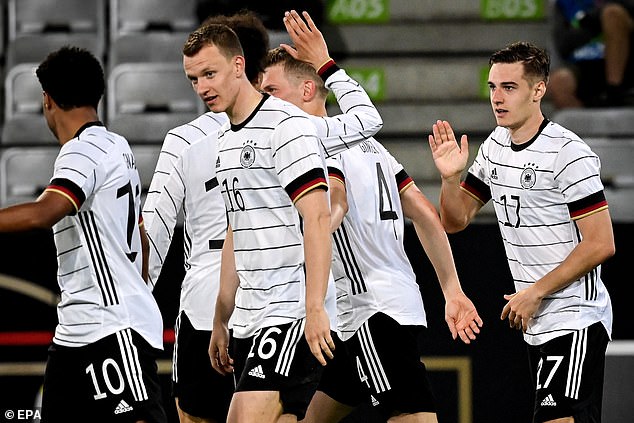 And according to The Guardian, Liverpool will keep a watchful eye on the 24-year-old midfielder at the summer tournament, with the German having a release clause of around £35million this summer.

Neuhaus has been linked to several top teams across Europe including Gladbach’s Bundesliga rivals Bayern Munich – with reports claiming the midfielder had agreed a fee to join the German champions at some point next year.

The 24-year-old quickly shut down rumours that he had agreed a deal with Bayern, insisting that he is ‘very much at home’ at Gladbach, where he has three years remaining on his current contract. 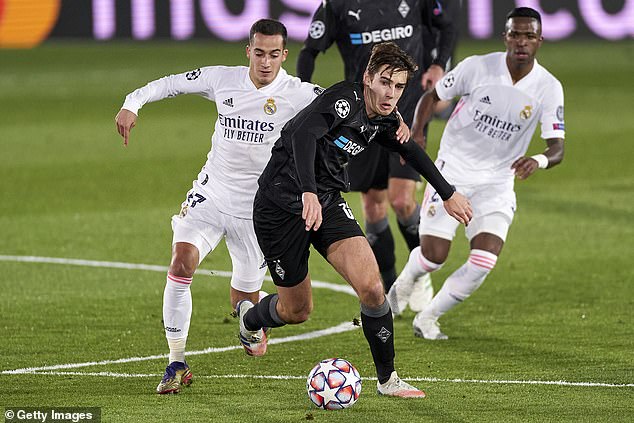 ‘I read that my move to FC Bayern in 2022 was already a done deal. I can clearly deny that here and now,’ he told TZ.

‘I haven’t signed a contract anywhere except with Borussia Monchengladbach. I feel very much at home there at the moment.’

The Reds lost Dutch international Wijnaldum, who will also be playing at the European Championships this summer, on a free transfer with the 30-year-old spending five season at Anfield.

The Dutchman won the Premier League in 2020 with the Reds and the Champions League title the season before, but revealed his joy in helping Liverpool to a third-placed finish in England’s top-flight this term. 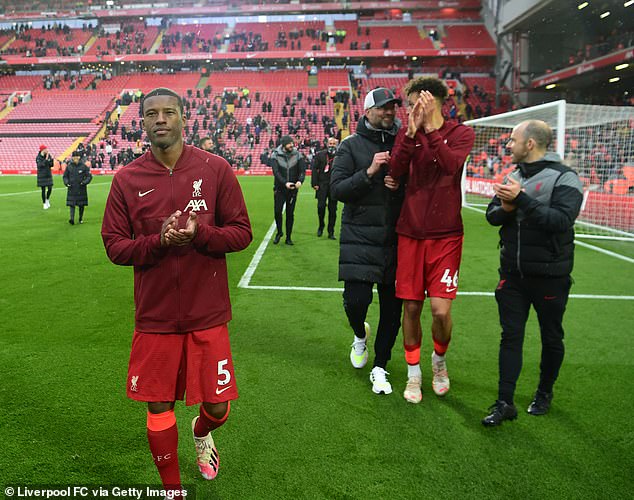 After his final game at Anfield, Wijnaldum said: ‘The only regret I probably will have is that I couldn’t leave with a title or a prize, that would be really, really good for me, for the fans and for everyone.

‘But everyone knows the circumstances we had during the season. It was really difficult – really difficult. But if you look how we changed it around, a few weeks ago I don’t think a lot of people would have thought that we could finish third and qualify for the Champions League.

‘That’s a good one. I’m happy we could bring Liverpool to the Champions League and that I basically put them in a good spot when I leave.’