Euro 2020: Wow! Robert Mak produces wonderful nutmeg to beat the defender before his effort bounces off Wojciech Szczesny to give Slovakia the lead in opening win over Poland

Robert Mak stole the show for Slovakia as his stunning individual effort gave his country the lead against Poland to send them on their way to a 2-1 win.

Slovakia spent much of the opening to the match defending in their own half as Poland got off to a quick start and looked by far the more likely to take the lead.

But with 18 minutes on the clock, Mak took matters into his own hands. Kamil Jozwiak and Bartosz Bereszynski appeared to have the situation under control, as they forced Mak towards the corner flag. 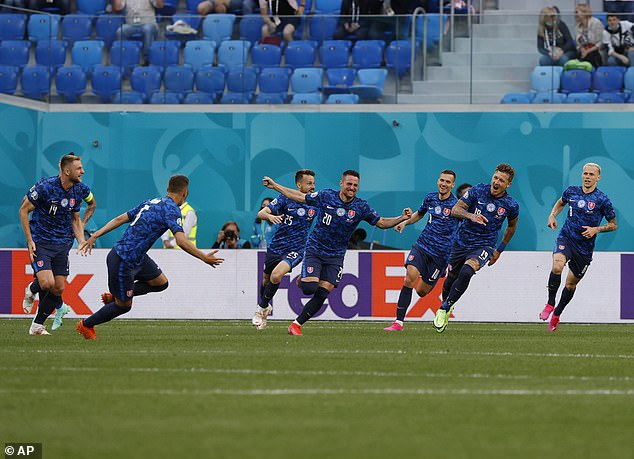 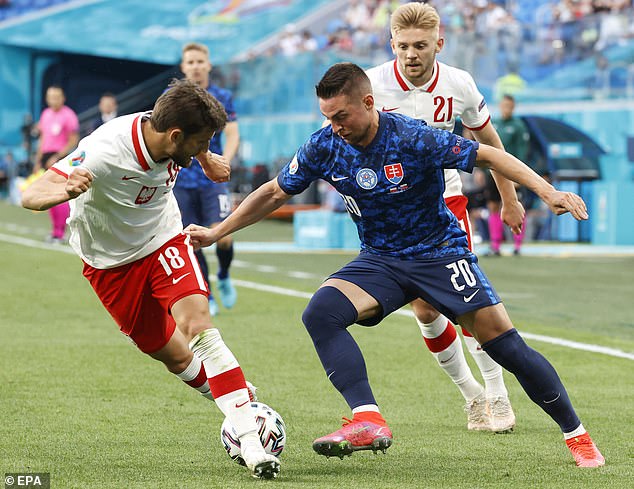 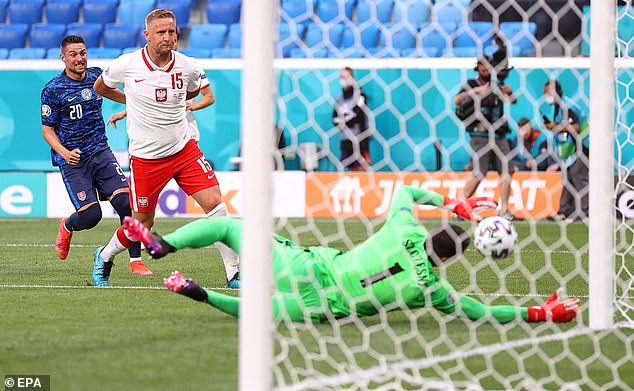 The 30-year-old turned on the style though, sitting Bereszynski down with a wonderful nutmeg before driving into the box onto his right foot.

Mak saw his effort flick off Kamil Glik as the defender came across to block the shot, hit the post and then bounce off Wojciech Szczssny’s arm and back into the Poland net.

The goal looks like it will officially be recorded as a Szczesny own goal, but the magical piece of skill from Mak deserves all the credit and the Slovakia man will surely be claiming it for himself.

Karol Linetty equalised for Poland just thirty seconds into the second half, but a red card to Grzegorz Krychowiak turned the match on his hand and gave Slovakia all the momentum.

Milan Skriniar put his side back in front, and they held on to secure a crucial win and leave themselves in a strong position to go on and qualify for the last 16.