They had a problem at Benfica. A nice problem, but it needed correcting. Ruben Dias talked too much. Too involved. Too desperate to demand the best from those around him.

Dias was 18 and fresh into Benfica’s B team. He had shown leadership skills since joining the academy a decade earlier but needed fine-tuning. He was trying to be an all-encompassing leader of men before he had become a man himself.

‘We had some challenges,’ grins Benfica B coach Nelson Verissimo. ‘Ruben wanted to communicate with the whole team from full backs to strikers. We explained that he shouldn’t wear himself out too much. Physically he was no more developed than his colleagues. But mentally and emotionally, he was clearly above average.’ 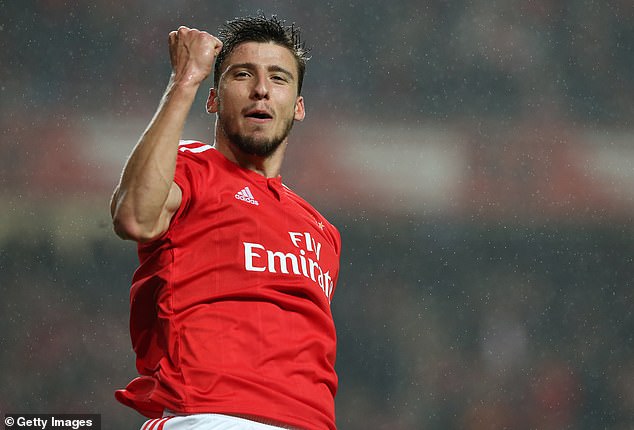 Benfica take great pride in nurturing not only talent but the character of their many academy products. They use Dias as a case study for their current crop of teenagers.

Manchester City trio Dias (right), Bernardo Silva and Joao Cancelo were due to make up one corner of Portugal’s dressing room this summer, before Cancelo’s positive Covid-19 test ruled him out. All three were made in Benfica, as the club slogan goes, and are flourishing with the Premier League champions. It is no coincidence that Pep Guardiola and City’s sporting director Txiki Begiristain, renowned for their attention to detail on personalities, have leaned towards players from Lisbon.

‘Ruben was like everyone else — they spent 90 per cent of the time playing offensively in the younger teams,’ Verissimo says. ‘When they get to me, it’s 50-50 against older, more experienced opponents. Ruben had a strong conviction that he had to get to the A team.’ 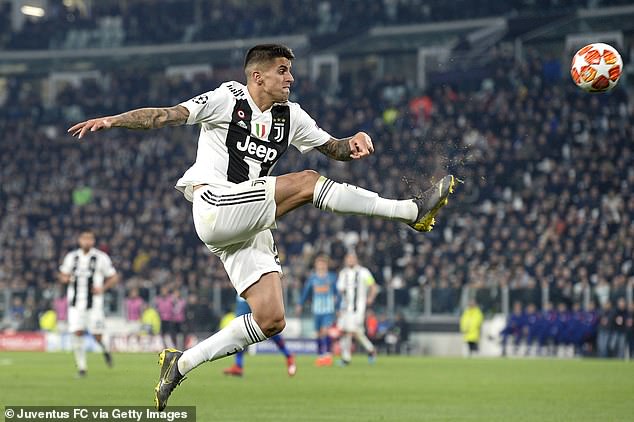 Dias went on to make a big impact but Silva and Cancelo did not. They made just one league appearance for Benfica each, with City picking them up later from Monaco and Juventus. Their stories, according to Verissimo, show why Europe’s elite clubs all jockey for space around Benfica’s conveyor belt.

‘They left for good clubs and this also values the “Made in Benfica” brand and our youth development project,’ he says. ‘We’re talking about two players who made it to the A team, didn’t manage to impose themselves, but made it to other big clubs in Europe.’

The Benfica model is intriguing. The academy’s technical director Pedro Marques — who spent eight years at City, mostly as an analyst under Roberto Mancini and Manuel Pellegrini — discusses the pillars of success and sustainability. 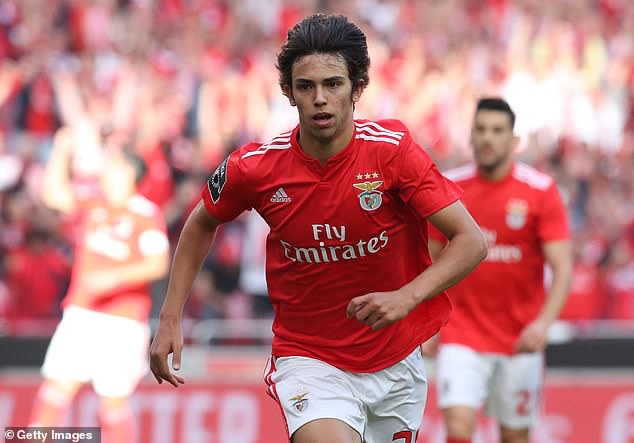 There is the scouting from a young age, with 200 pairs of eyes in a fiercely competitive market with Porto and crosstown rivals Sporting; the five talent centres dotted across the country, making sure kids do not leave their families too soon before moving to Lisbon.

Benfica realised they could no longer compete for talent on the continent so they ploughed investment into their academy structure. Sales total nearly £800million in the past seven years. In four of the last five, the biggest transfer involved an academy graduate: Dias (Man City, £61m), Joao Felix (Atletico Madrid, £114m), Renato Sanches (Bayern Munich, £31m) and Ederson (Man City, £36m). ‘There are more to come,’ Marques laughs. ‘We try to instil emotion for the club. It’s the biggest in Portugal.

‘It’s important the players grow with that feeling. They represent a lot of people. They need to leave the shirt in a better place. 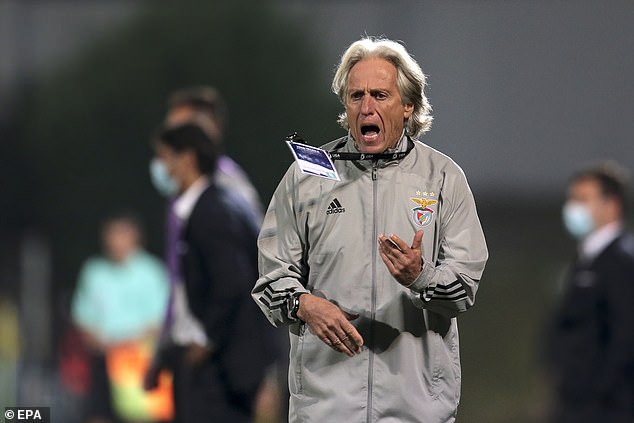 ‘We’re different. We develop them in different positions. We want them to be adaptable.’

Cancelo’s mother, Filomena, died in a car crash during his first season at B-team level. He and his brother were both in the vehicle with her. He has dedicated every title to her.

Cancelo did not push through at Benfica and went to Valencia, coached briefly by Gary Neville. Silva, too, had difficulties. His failures are more to do with Jorge Jesus, who was in charge when he showed promise. The pair do not get on and Silva remains frustrated at how his time with the senior side was managed. ‘Bernardo was a magician,’ Verissimo says. ‘He didn’t need to defend because the team knew that when the ball reached him, he could create spaces and serve them in attack.