By Ian Herbert For The Daily Mail

It is a mystery none of the Wales players has been willing to shed light on, these past few days. Was manager Rob Page’s team selection for the opener against Switzerland planned all along by a poker-faced manager… or an act of panic when the tournament arrived?

More of the latter, it seems. Wales had played with a three-man defence and wing-backs throughout Page’s time as interim manager. It was bewildering that having prepared for the tournament that way, he should have ripped up the system to go with four at the back and Kieffer Moore up front against the Swiss.

The deployment of Moore worked. But having one fewer central defenders around Bournemouth’s 23-year-old Chris Mepham left him terribly exposed to the pace and strength of Breel Embolo. This is the Welsh weak link. It is hard to imagine that Turkey will not try to exploit it here on Wednesday night. 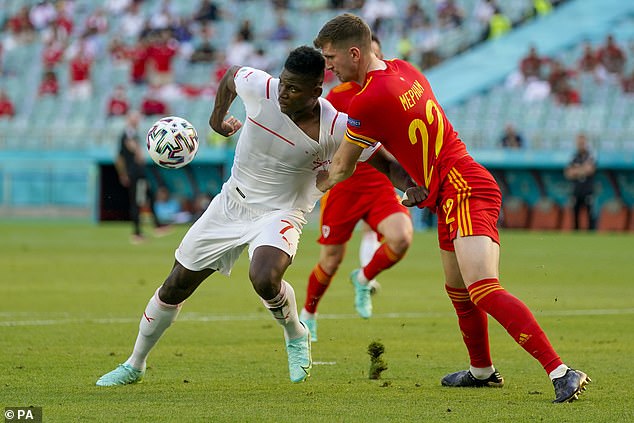 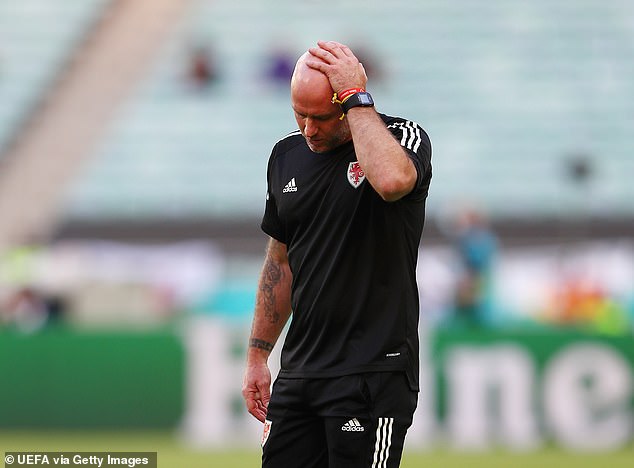 Turkey will not command possession like the Swiss. But they do bring a dangerous double-act up front in central striker Burak Yilmaz and Yusuf Yazici, the powerful left-sided midfielder who cuts in to work with him. As Lille team-mates, they have a strong understanding.

Mepham’s place in the starting line-up looks vulnerable. Chelsea’s Ethan Ampadu or Swansea’s Ben Cabango have been seen by some as more mobile options. But if 23-year-old Mepham does start, there is a strong case for playing the Tottenham duo of Ben Davies and Joe Rodon alongside him in a three-man defence.

At international level, a central defender needs to anticipate what might be coming at him. It is this intuition that Mepham does not always show. He was continually pulled out of position by Embolo and Haris Seferovic on Saturday. An extra central defender provides protection, meaning Mepham has less ground to cover.

‘With the extra one at the back you’ll feel a bit more secure and safe,’ Rodon said on Monday, when asked which of the two systems he preferred. ‘But what’s more important is that we’ve got the extra players up the pitch trying to score goals. We are comfortable playing both and we don’t mind.’ 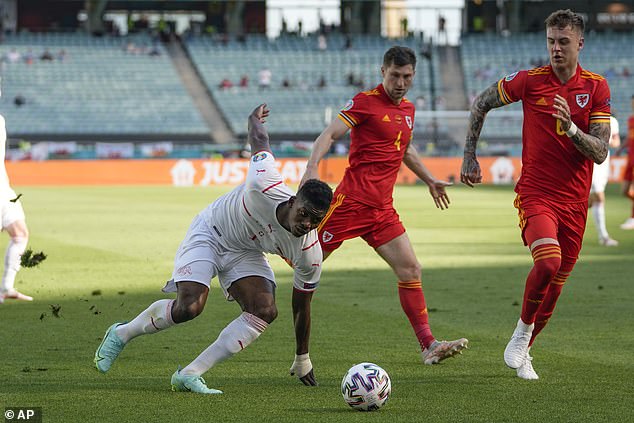 Here is the dilemma for Page. The additional defender would affect the way he can align his attacking players. He could employ Neco Williams and Connor Roberts as wing-backs but he would prefer to have forwards Daniel James, David Brooks and Gareth Bale bringing the attacking width.

Wales’ destiny on Wednesday could lie with James, rather than Bale. The Manchester United player will have been hugely encouraged by how deep Turkey sat in the 3-0 defeat by Italy on Friday night. If he can run down the Wales left, the threat on the Turkey right of Zeki Celik — a major problem — could be neutered.

There will be a hostile environment in Baku’s Olympic Stadium, with strong support locally for Azerbaijan’s ally and near-neighbour Turkey.

The Wales defenders may struggle simply to be heard. ‘We just have to try to shout a bit louder!’ said Ampadu.

Turkey have arrived here bruised by defeat in Rome, but for Wales, the margins for error are slim. Page has a big decision to make. 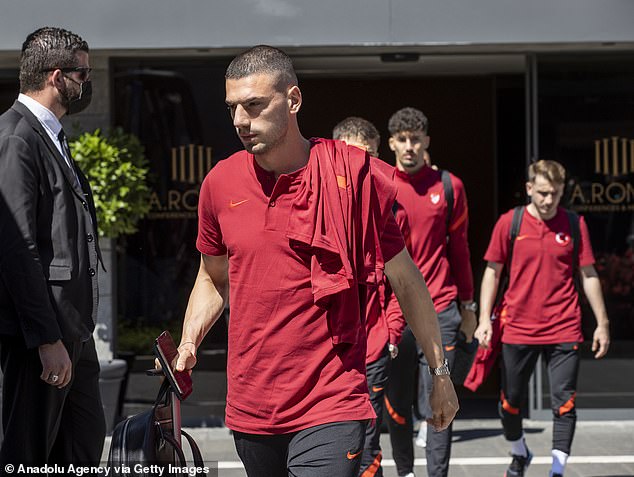