England’s Euro 2020 win over Croatia sets a new viewing record on BBC’s iPlayer as 3.9MILLION stream Gareth Southgate’s side triumph at Wembley – with a peak audience of 11.6m tuning in

An average 10.2 million people tuned in to watch the game live on BBC One, which saw Raheem Sterling’s goal deliver a 1-0 victory and three points to the England team.

The audience peaked at 11.6 million, a 79 per cent share of available viewers, the BBC said. 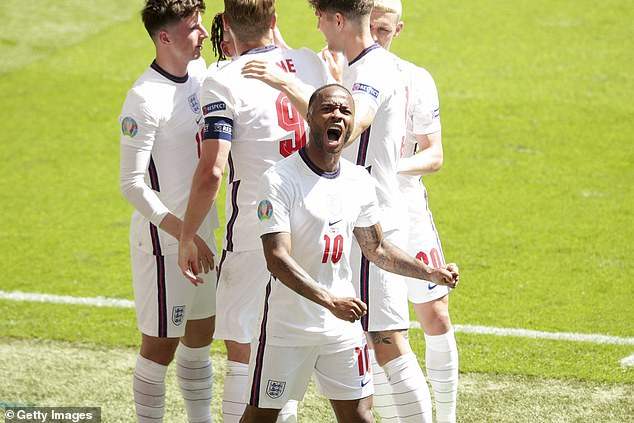 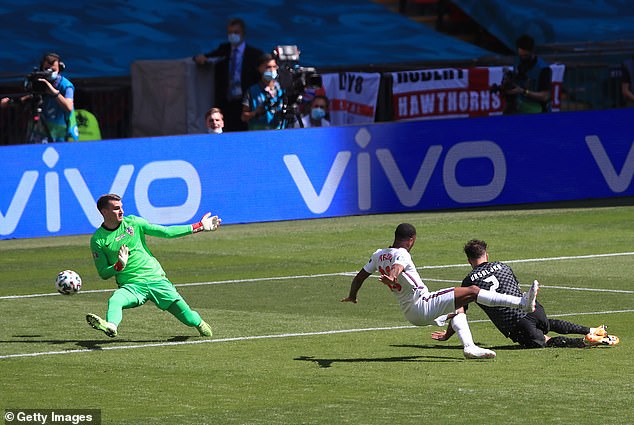 The game was streamed 3.9million times by viewers during England’s Euro 2020 opener

Sunday’s win marked the first time the Three Lions won a European Championship opener as they played in front of a socially distanced crowd at Wembley in the sweltering heat.

They return to the stadium on Friday night to meet Scotland in Group D.

Looking ahead to that match, England boss Gareth Southgate warned his side against complacency after beating Croatia.

‘This is the big challenge for us now because of course we’re delighted with the win and the players are happy,’ the former defender said. 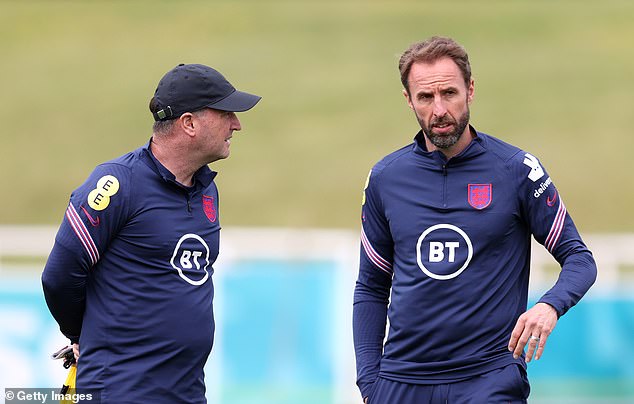 ‘It’s a positive step in terms of qualification, but one of the hardest things in sport is to come back to that point you were at before the kick-off for the next game.

‘You can get a bit of a glow of the win and a bit soft, a bit puddingy when you poke your finger in the belly.

‘We’ve got to make sure that we’re ready for what is going to be an incredible game against Scotland and a huge challenge.

‘We should enjoy tonight [Sunday] because I think you have to enjoy your wins, especially in tournaments, but focus now.

‘Our first objective is qualification. We haven’t done that yet and we have a very important game for us and our fans on Friday night.’