The last time England lost a home series against New Zealand more than 20 years ago they were booed on the Oval balcony.

Then Nasser Hussain and Duncan Fletcher began lifting them from rock bottom to become Ashes winners and eventually the best Test side in the world.

The last time England lost any home Test series, against Sri Lanka in 2014, Alastair Cook was on the brink of quitting as captain but somehow hung on to win the Ashes the following year. 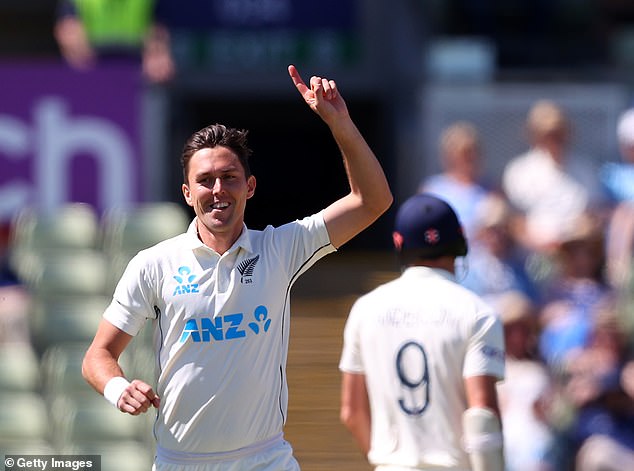 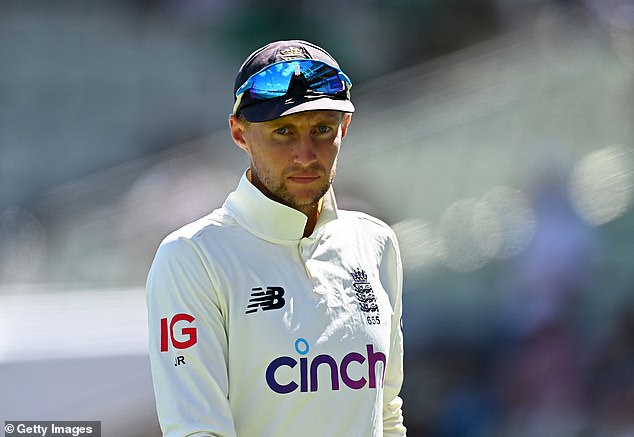 For England captain Joe Root, the New Zealand defeat is his first series loss as skipper 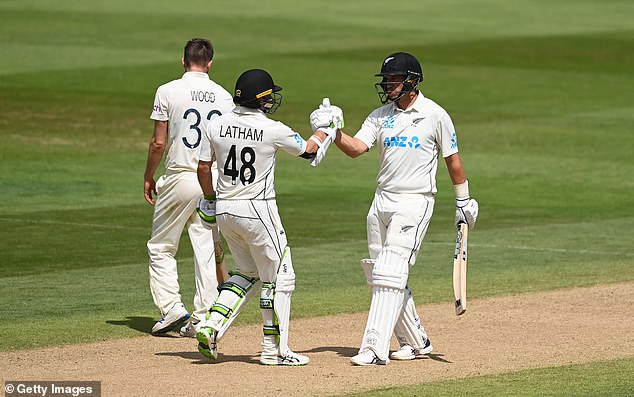 How will Joe Root and this England side hit back from this? Can they really recover from a thumping by what was almost a New Zealand Second XI to beat India later this summer and then the big one in Australia this winter? That looks a mighty big ask.

For this feels worse than both those huge lows. This feels as low as England have been in Test cricket for many a year. This feels as bad as anything in the dark days of the 80s and 90s. This was one of England’s worst batting performances in memory.

It feels worse because those hapless days were meant to be a thing of the past. Farcical batting collapses and a thumping defeat like this, completed by eight wickets in the Edgbaston sunshine after an hour of the fourth day, were not meant to happen anymore.

Not in the days of central contracts, a World Cup winning white-ball side and an extensive support system that should lift England to a different level to the under-resourced Kiwis.

And not under a supremo in Chris Silverwood who seemed to be making progress with his back to basics Test policy, at least before they were trapped on India’s turning pitches last winter.

Now it is back to square one. It is back to the drawing board after a social media shemozzle off the pitch and a total mess on it. And to think Joe Root began the international summer targeting seven wins out of seven Tests. After the most miserable of fortnights for England cricket it looks more like he will be lucky to get one.

Hussain was, briefly, taken back to that dark day at the Oval the last time New Zealand did this in England when Root came forward for the presentation at Edgbaston yesterday. Only England’s supporters were not booing him, as Hussain had been, they were backing the England captain with his trademark chant of Roooooooooooot. 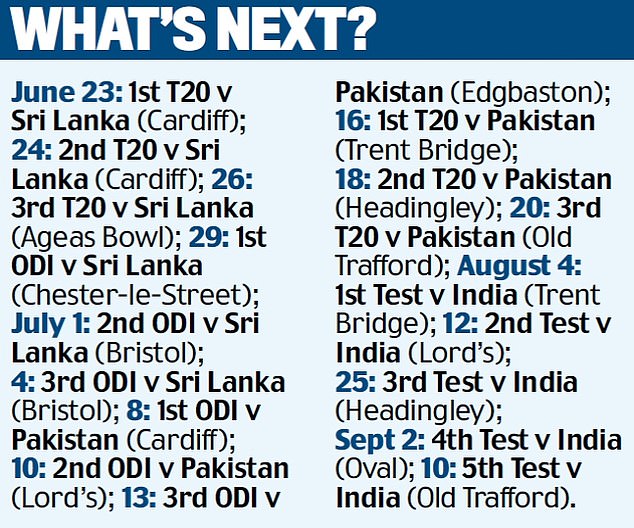 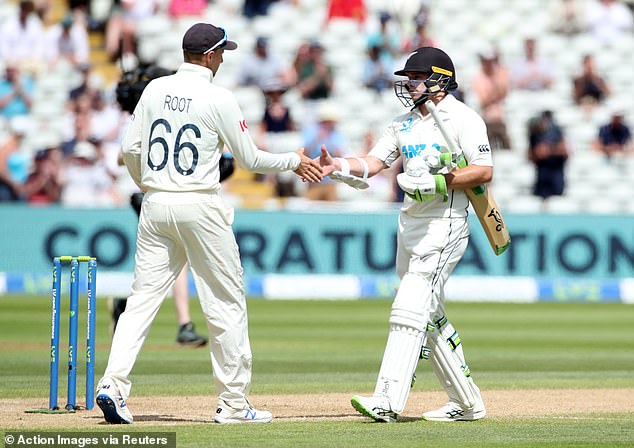 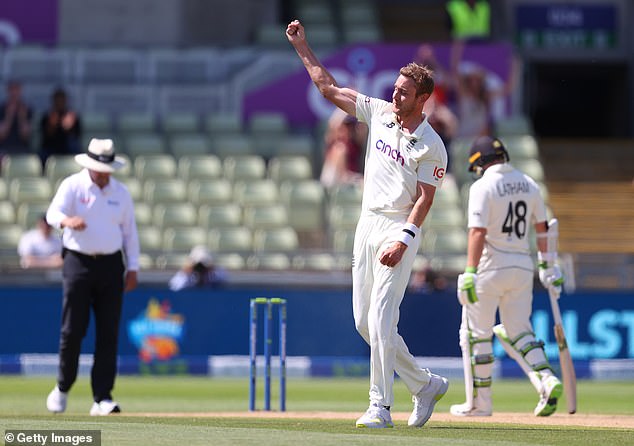 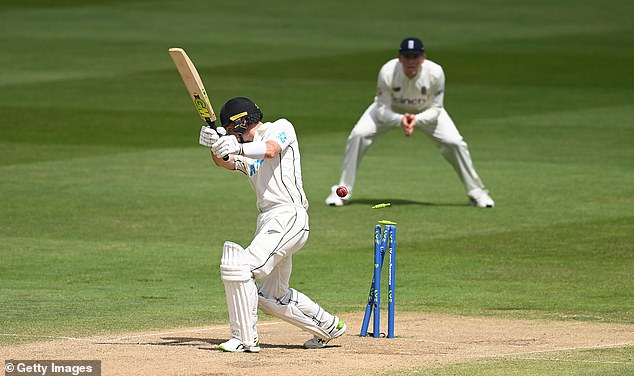 The captain is not under pressure for his position now – not yet anyway – and nor should he be but he has not looked his normal self in this second Test. Not with the bat and not at slip where he dropped the easiest of chances to reprieve Will Young on day two.

And without a big contribution from the captain, which was the only way they won both Tests in Sri Lanka last winter and the first one in India, England look a sub-standard batting side, for all the promise of Ollie Pope, Zak Crawley and Dan Lawrence.

Root is entitled to feel aggrieved by the way the ECB have handled the crisis created by the unearthing of historic tweets by Ollie Robinson and the aftermath which has engulfed other members of the side.

But, mostly, the England captain is entitled to ask questions about a rest and rotation policy introduced with the best of intentions in Covid times that has left him without his best side in all eight Tests played so far this year.

It is that policy, with administrators determined to cram in every last day of international cricket postponed by the pandemic while still making room for the all-powerful IPL, that left England with a fourth-choice keeper in James Bracey palpably not good enough with the gloves for Test cricket. And out of position and out of his depth with the bat at seven. 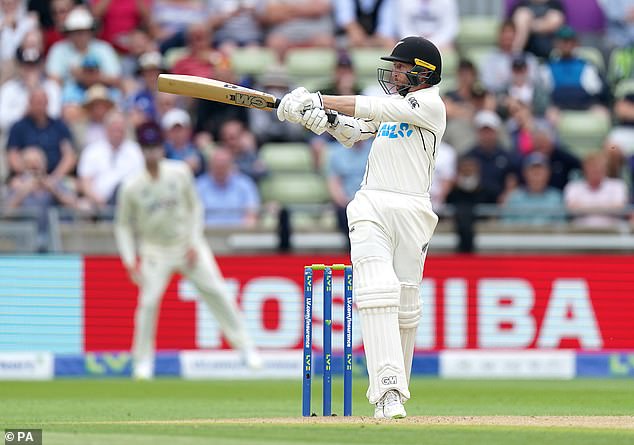 Meanwhile, some of those deemed unavailable for this series because they were at the IPL are now playing for their counties in the T20 Blast. How can that happen?

Trent Boult was also in India but was insistent he wanted to play in this match despite initially being ruled out by New Zealand until Friday’s World Test Championship final against India. It is a contrast that sums up the differences between the sides.

Most worryingly, this battling line-up, apart from Ben Stokes and Jos Buttler, is the one Silverwood has earmarked to take on both India and Australia. And right now it does not look good enough to face either.

Pope and Crawley need to have a good long think about their approach and techniques in the six weeks until the next Test. Otherwise their places, particularly that of Crawley, have to be in jeopardy. Rory Burns, for all his idiosyncrasies, belongs at this level and Lawrence has the temperament to overcome his own unorthodox technique.

A bigger worry, perhaps, is Dom Sibley because for all his stickability and application it is just impossible to see how his methods can prosper in Australia. Dawid Malan, who looked every inch a Test player when making 140 in Perth in the last away Ashes, and Haseeb Hameed lead the list of alternative candidates.

Frustratingly, all of them will only have a maximum of two first-class games before that big date against India at Trent Bridge on August 4 because of the dominance of white-ball cricket and an unnecessary new competition in the Hundred in prime summer.

Otherwise Silverwood, who will miss the T20 series against Sri Lanka next week, has much to ponder during his time off from his first chastening experience as coach and selection supremo.

The future of Root as captain and perhaps even Silverwood himself will depend on how England’s Test side do react and come back from this.