Saracens ensured there will be no row over promotion to the Premiership this summer by thrashing Championship rivals Ealing in the first leg of their final.

The top flight, and RFU, will breathe huge sighs of relief today that the expected outcome occurred in West London.

With Ealing’s Vallis Way ground well short of the 10,000 capacity needed to meet minimum standards for the Premiership, the league and RFU not really keen to entertain the Trailfinders’ vows that they would find a suitable temporary home in the event they beat Saracens, this result is manna from heaven from those in charge of English rugby. 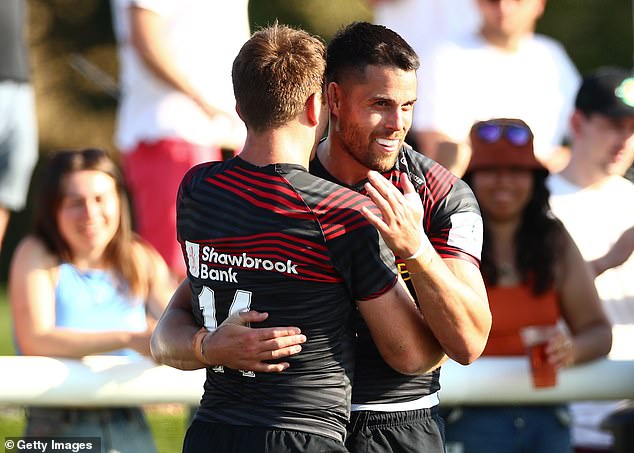 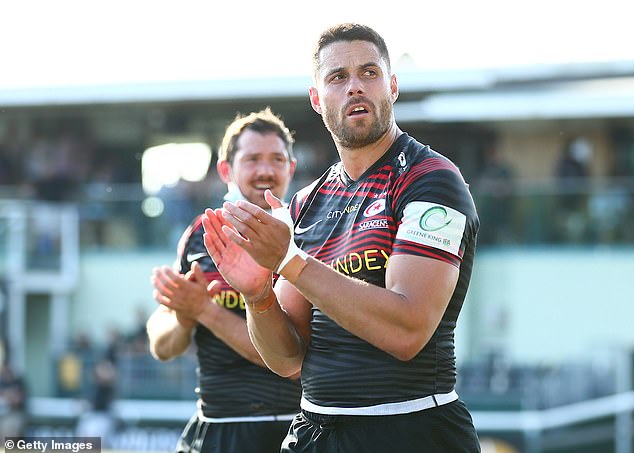 Of course, it was for Saracens too who can be sure now their club will not turn to dust in the doldrums of the second-tier; their eight tries and 18 points from Owen Farrell here more than sewing up their return to the big time next year.

‘His leadership…..you could see the way he led in the changing room before the game and at half-time. He’s been like that all week. He lives for these important matches and significant games. I thought he was magnificent.

‘We’ve wanted and waited for this opportunity for many months and we were determined to take the opportunity. When we went 30 or 40 points up, we felt like everything mattered.’

Determined finally to put to bed their low-key season in the Championship once and for all, and approached this as ruthlessly as they did any of their huge finals pre-proven salary cap breaches.

They came to play too and by half time the whole tie was over bar the shouting; Sarries, with 12 Test players and five 2021 Lions, scoring three tries and going into the break 27-0 up.

For all the noise the 1,600 fans made – drummers walking round the pitch at Vallis Way to rally them – Saracens silenced them with scores.

Maro Itoje flopped over from close range, Aled Davies scored under the posts when Tim Swinson and Farrell ripped through the middle of the Trailfinders with fine offloads, and then Jamie George was on the end of a rolling maul to score too.

Farrell kicked two penalties, although inexplicably missed one from in front of the posts, as Sarries racked up as many points as possible. 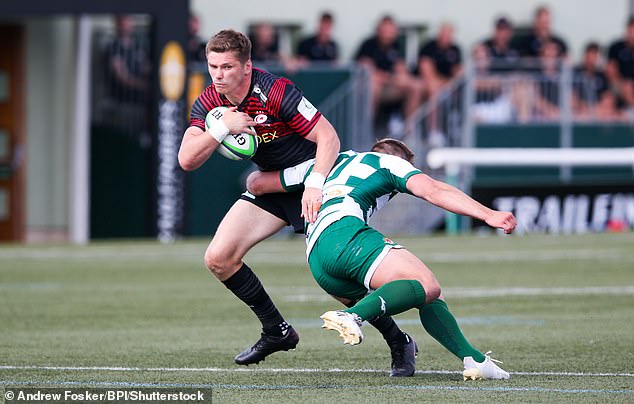 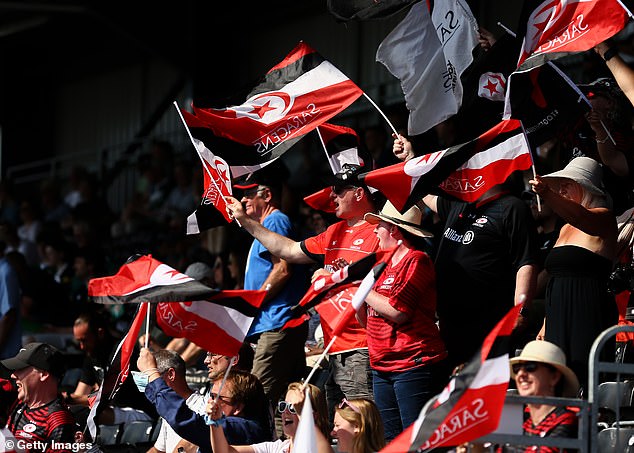 After the break Billy Vunipola crashed over for two tries, the second a classic powerful break off the back of the scrum, more than a comfortable social-distance now between the two sides on the scoreboard.

A penalty try for Saracens followed, with Ealing flanker Guy Thompson sent to the sin-bin, as the occasion all became a little flat and depressing for the hosts who will have to suffer more pain next Sunday in the second leg too.

Despite their comfortable position Farrell was still cross with decisions and continually roared instructions of ‘smash him!’ and ‘hit him!’ at his team.

He was livid when the touch judge did not raise his flag close enough to the five-metre line when kicking a penalty to the corner once, but happy again when he put Nick Tompkins away for try No 7 which pushed Saracens past 50. Sean Maitland ran in the eighth try on full time, Sarries hitting Ealing for 60 at a canter.

‘Can we have our seats back for next season now?’ an Ealing fan quipped to the assembled media sat in the stands at full-time – unfortunately Trailfinders may now might be locked into their Championship chairs for years to come.