Last Sunday, here in the dramatic clifftop setting of La Jolla, it was Graduation Day for the blessed students of the University of San Diego.

Now the campus has emptied, and it’s the turn of the world’s most qualified golfers to mix with the hang gliders in the postcard-perfect enclave of Torrey Pines.

First into the media centre on Monday to start the week of the 121st US Open was the man who’s lived in these parts his entire life; the man who plays his sport with the daring of the gliders while compiling a list of achievements to make any scholar proud. 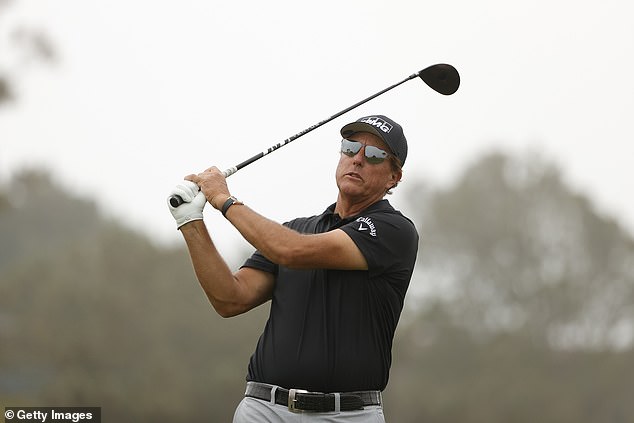 The one thing Phil Mickelson lacks, of course, is the title on offer this time. And what a litany of heartache that represents — the most epic, indeed, in the history of major championship golf.

No other player has finished runner-up on six occasions in the same major without ever claiming victory. Now the local hero gets to play in his home town.

A month ago, we thought this appearance would be every bit as ceremonial as the one for the students in their gowns and mortar boards. His place in the field was courtesy of a special exemption granted by the organisers, the United States Golf Association.

Then, one of the all-time greats did something to confirm his place in the pantheon, by becoming the oldest major winner in history at the US PGA Championship. He gave back his special exemption and accepted the winner’s perk of a spot in US Opens for at least the next five years. 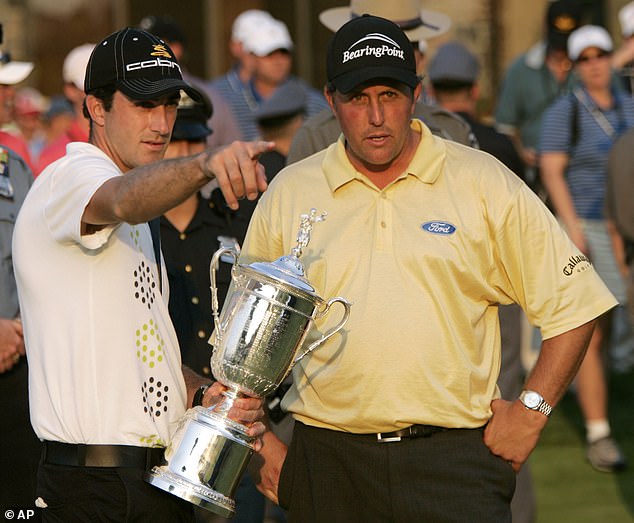 This will be Mickelson’s 30th US Open, with the collection of runner-up finishes starting at Pinehurst in the last century.

‘You’re about to become a father,’ consoled the winner, the late Payne Stewart, as he held Mickelson’s face in his hands.

The one that will always haunt him should he never win came at Winged Foot in 2006. Needing a par four on the 18th hole to be the champion, he took a double bogey six after a horrendously wild tee shot. ‘I can’t believe I did that, I’m such an idiot,’ said Mickelson, echoing the thoughts of millions watching worldwide.

At Kiawah, we saw a different side to his game, a man with total focus and control, a golfer reinvented. Now it’s Torrey, the course he played countless times as a kid and where he won three times in his first decade as a pro.

This, however, is a vastly changed course from the one he grew up on. Three months after his third victory in the PGA Tour event staged here every year, the bulldozers moved in — and Mickelson was none too impressed with the makeover. He’s never won in the 20 years since. 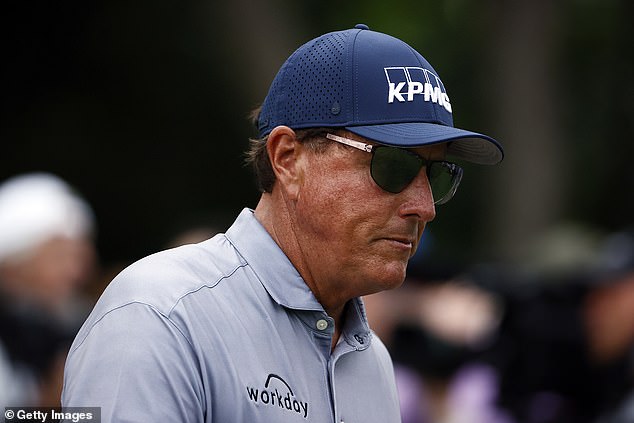 Over the past fortnight, he’s spent considerable time playing the course, seeking to overcome his distaste. It surely helps that it will play fast and firm in the dry heat of June, rather than long and soft in the cool of January.

‘This might be my last realistic chance to win and I want to give it everything I can,’ he says.

In Monday’s practice round, he played with defending champion Bryson DeChambeau, in what might prove a Ryder Cup partnership in September.

It’s not just the fans who will be cheering Mickelson on. Over the past few weeks, he’s played plenty with fellow Californian Xander Schauffele. ‘I’m just in awe of how much he still wants it,’ he said. ‘If I can’t win it, then I sure hope Phil manages it. He deserves it.’

On Wednesday, Old Father Time will have another dig in the ribs of Mickelson, as he turns 51. Down at the adjacent Gliderport, they’ll surely appreciate the glorious defiance of a man who continues to shoot for the sky.

Who Els can win for South Africa?

It’s almost a decade now since a South African golfer won a major but that lean run, the longest since the period between Gary Player’s last victory in 1978 and Ernie Els’s first in 1994, surely won’t last much longer.

The question is which of the new generation will get to the winner’s post first, to follow in the footsteps of the gilded quintet of Els, Retief Goosen, Trevor Immelman, Charl Schwartzel and Louis Oosthuizen. 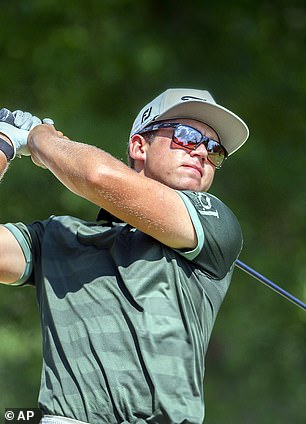 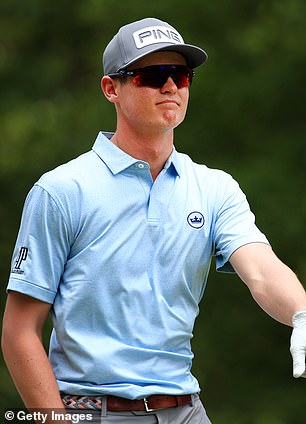 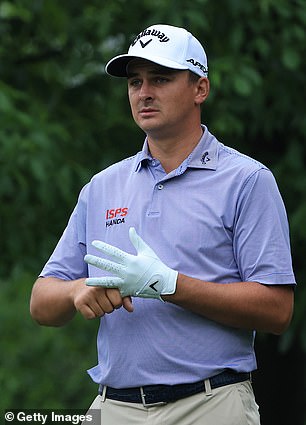 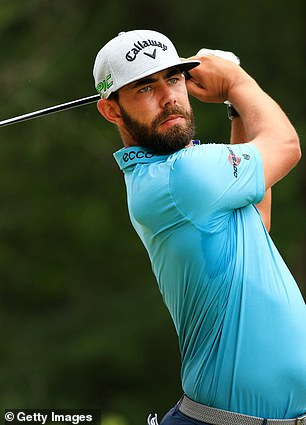 Will it be the brilliant 22-year-old lefty who won two events at a canter on the European Tour last month and then followed up by breezing to his first victory in America on Sunday?

Or the wiry 21-year-old with a faster clubhead speed than Bryson DeChambeau?

Maybe the 27-year-old who overcame a childhood stutter caused through accidental poisoning when he was two, and an unfair nine-month ban for beta-blocker use as a teen, when he was taking them legally to overcome anxiety caused by the infant trauma?

Then there’s the stylish 31-year-old, if he can just learn to curb the temper that saw him smash a tee box at the last major.

Technically, these four are right up there with the previous generation.

Viv Monument back for more joy

Former finalist Viv Monument is on the charge again in the Daily Mail Foursomes after securing Kingsdown a place in the fifth round with new partner Jan Scott.

Monument reached the quarter-finals in 2018 and is closing in on this year’s finale following the pair’s win at Wiltshire rivals Marlborough, which saw the visitors beat Amanda Cooper and Trish King 2&1 in a closely fought tie.

‘It was a very, very tight match played in a great spirit,’ said a delighted Monument. ‘They played exceptionally well, but a little bit of luck went our way. We’re over the moon, as the fifth round is a long way in.’

Monument praised Scott, who produced a wonder chip on the 16th to ensure they headed to the 17th one up, saying: ‘That was the shot of the day. It was only two yards, but they are some of the hardest shots. Jan is a really good competitive partner and she is playing really well at the moment.

‘It takes the pressure off when your partner is playing brilliantly.’

There are three more knockout matches to win if they are to be among the last 16 women’s and men’s teams heading to Slaley Hall in October.

Monument said: ‘I would love to keep going because of what it stands for. It’s a competition that has been going for such a long time and it is one that everyone knows.

‘All you can do is enjoy each round and play your best, then accept what happens.

I have very fond memories of the finals. When you realise how many thousands start the competition to get down to the last 16, it is a huge achievement just on its own. We really did appreciate it.’