Fears of Jo Konta’s long-term demise, based on plentiful evidence this year, appear to have been exaggerated.

Just when it seemed that her career was on a gentle downwards glide she popped back up at the Viking Open in Nottingham to carve a small piece of history.

Konta, 30, became the first British player since Sue Barker 40 years ago to win a title on home soil when she hammered Zhang Shuai 6-2, 6-1 in the East Midlands. 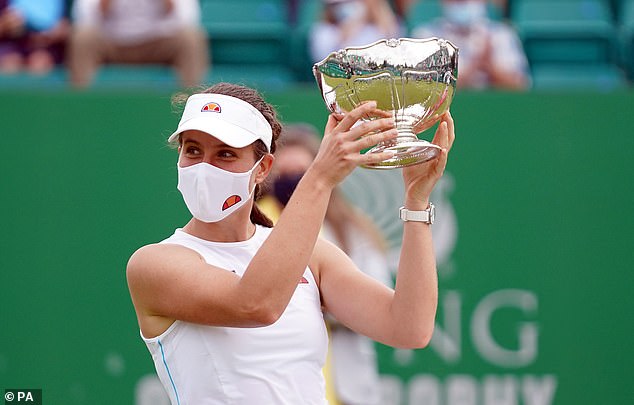 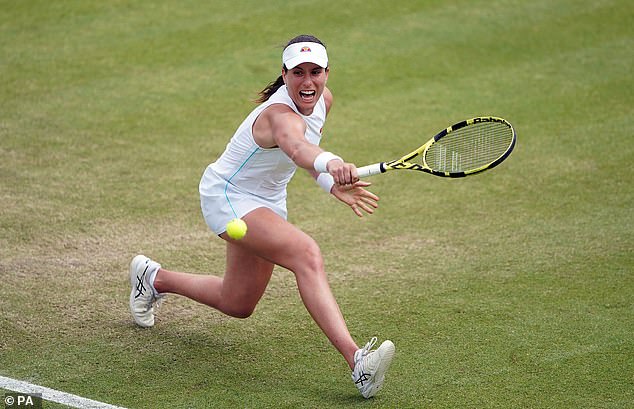 It was her first WTA Trophy since the 2017 Miami Open, and while this was not a triumph of that magnitude it was the perfect start to her grass court campaign. And Konta is a player who thrives on momentum.

‘I already have five singles matches and two doubles matches. It is decent time on the court surface,’ she said. ‘It is a great thing for me as this is the first time in a while I have played numerous matches in succession.

‘That is also very beneficial because like we all know I haven’t had a lot of that so far this year.’

She had not strung together consecutive wins prior to this in 2021, and following her early French Open exit she split with coach Dimitri Zavialoff. Konta now goes straight on to this week’s Viking Classic in Birmingham.

She denied that parting with Zavialoff had been a factor in this week’s success, saying: ‘This is just a continuation of the work I am putting in.

‘The fact I keep putting myself out there and keep trying, I think there is a lot of value in perseverance and continuous work. 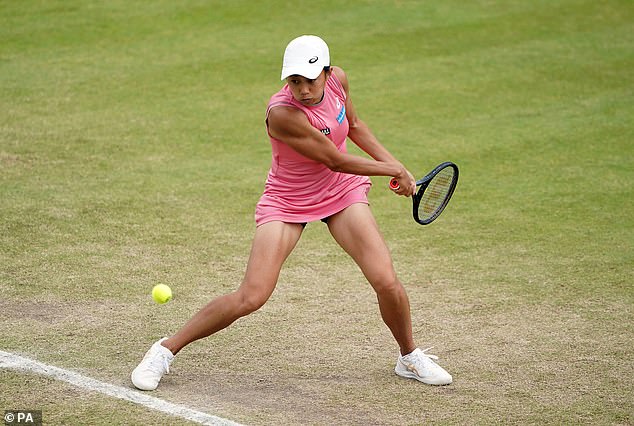 Although recent results do not suggest it, Konta pointed out that grass is not the ideal terrain for the knee issues which at this stage of her career require continuous management.

‘The clay is the best surface for my knees, the grass is not too kind,’ she said. ‘It requires a lot of knee flexion and being low it’s actually quite painful on the body. I am very conscious of how I manage my time out there and the things I do physically.’

The reward for winning in a place where she has twice been a beaten finalist was the Elena Baltacha Trophy, named in honour of the late British No 1.

‘This trophy does mean a bit more to me because it is in remembrance of her,’ said Konta. ‘She had a lot of qualities that I find very inspirational and value a lot in fellow competitors and human beings.’

Her excellence made the final something of a non-event as a contest, and once she had got ahead of the world No 46 early in the first set her aggressive game was too much, and she won in only 59 minutes.