Boris Johnson today warned that NATO must confront the ‘challenges’ and ‘opportunities’ of China’s rise as kicked off talks with the alliance’s leaders.

Arriving at the summit in Brussels, the PM said the military group had to ‘modernise’ and recognise that Beijing is a ‘gigantic fact in our lives’.

But he insisted that none of the Western leaders wanted a ‘new Cold War’. ‘They see challenges, things we have to manage together, but they also see opportunities,’ he said.

Mr Johnson also hailed Joe Biden recommitting the US to the pact, pointing out that the UK is still the second biggest contributor.

And he urged vigilance against Russia, ahead of Mr Biden’s crucial talks with Vladimir Putin. The PM said he was ‘always hopeful’ of improved relations with Moscow but swiped that the reality had been ‘pretty disappointing’ and Mr Putin must ‘change the way you behave’. 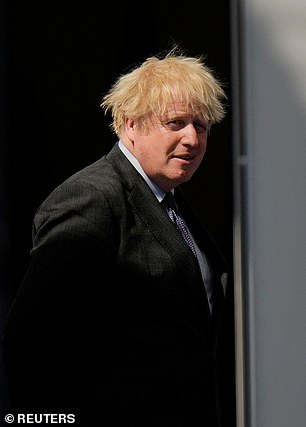 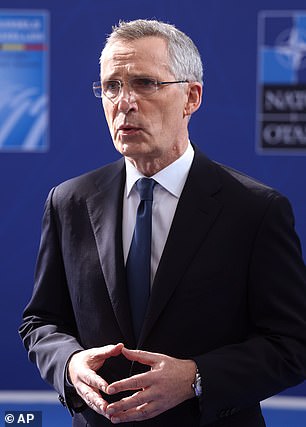 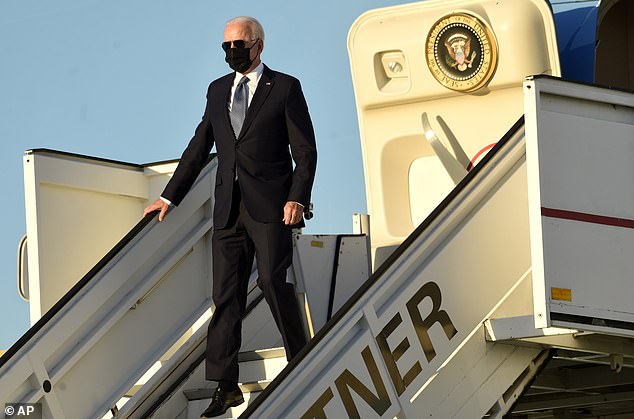 Mr Johnson also hailed Joe Biden (pictured arriving in Brussels last night) recommitting the US to the pact, pointing out that the UK is still the second biggest contributor

Ministers have been alarmed by the increasing muscularity of China’s diplomacy, including a clampdown on human rights in Hong Kong.

Downing Street said Mr Johnson will use today’s summit to ‘outline the need for Nato to look beyond the Euro-Atlantic to address challenges further afield, including in the Indo-Pacific’.

A source said: ‘The West’s neighbourhood is much bigger than it used to be.

‘If you look at trade, what happens in the Indo-Pacific in terms of disruption has direct effects here. Nato has to evolve to address that.’

Ahead of the summit, Mr Johnson said: ‘Nato is not just important to the UK’s security, it is our security. Nato owes it to the billion people we keep safe every day to continually adapt and evolve to meet new challenges.’

Mr Biden is expected to restate US support for Nato following years in which Donald Trump threatened to pull out.