A ‘goofy’ pooch with a ‘quirky’ personality has broken the national record for the most expensive working dog in history.

David and Sarah Lee, from Edenhope in western Victoria, sold their two-year-old kelpie, Eulooka Hoover, for a staggering $35,200 at the Casterton Kelpie Association’s Annual Working Dog Auction over the weekend.

The incredible figure eclipses the previous Australian record of $25,000 set at Jerilderie, New South Wales, in 2019 and falls just short of the world record price set in the UK of $37,000.

Hoover’s human David Lee said what makes him so special is that he really ‘seems to understand what is going on’ and has a special way with stock – working with cattle or sheep equally well. 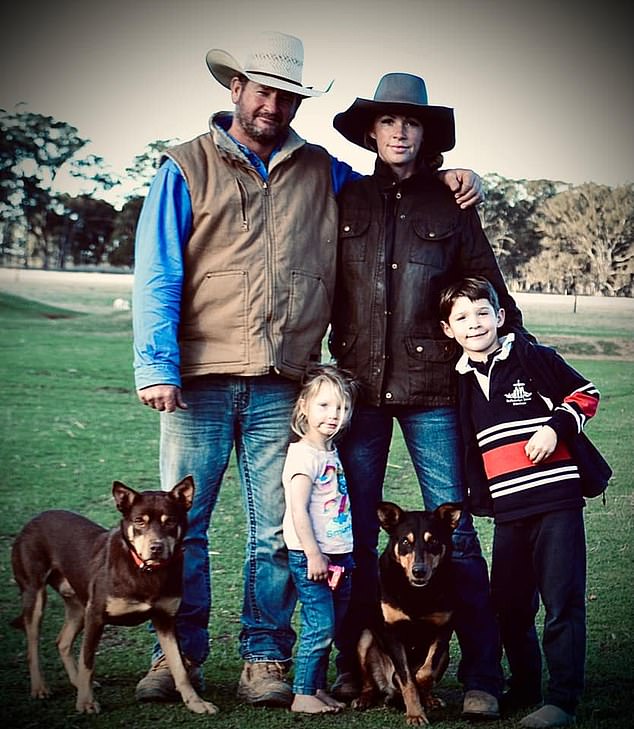 David and Sarah Lee, from Edenhope in western Victoria (pictured), sold their two-year-old kelpie, Eulooka Hoover (left), for a staggering $35,200 at auction over the weekend

‘He’s just such a happy-go-lucky lad. He’ll go to work eight days a week if you let him,’ Mr Lee told the ABC.

‘He’ll basically talk to you, so before you let him out of the cage in the morning you ask him if he’s ready to go to work, and he’ll always tell you he is.

‘If you’re sitting down for a smoko out in the bush he’ll always put a smile on your face, which makes your day enjoyable.’

The going rate for a good working dog has sky-rocketed since the pandemic, with border closures and travel restrictions meaning there’s been a shortfall of farm workers.

Canines like Hoover have been invaluable during the Covid crisis, picking up the slack on rural properties. 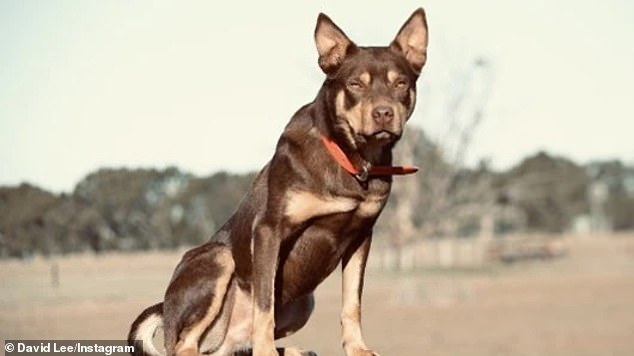 While the buyer chose to remain anonymous, it is understood Hoover will now apply his trade at a sheep and cattle farm in north-east Victoria.