Swansea have had an approach for Millwall’s England under-17 prospect Abdul Abdulmalik rejected.

The Welsh side have made the first move for exciting forward Abdulmalik who has also been watched by Arsenal and Scottish champions Rangers.

And the growing interest in their 18 year-old academy product represents a dilemma for Millwall. 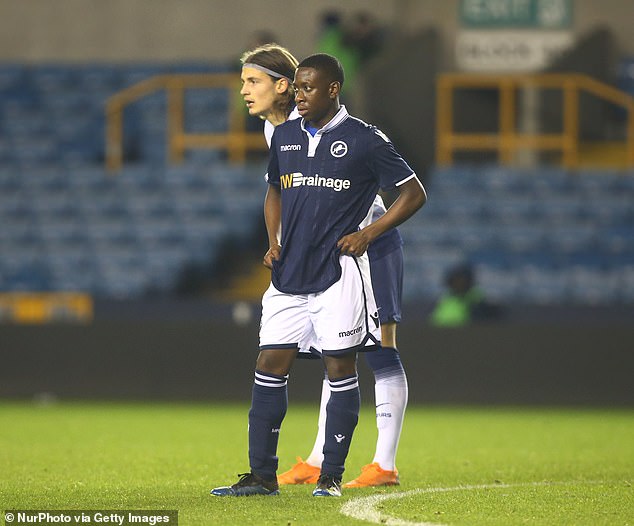 Swansea have had an approach for Millwall prospect Abdul Abdulmalik rejected

His current contract expires at the end of this month.

Millwall confirmed when announcing their retained list last month that they have offered Abdulmalik, a regular scorer at youth level who joined the Lions in 2018, a professional deal.

But he is ready to move on rather than extend his contract to stay at The Den.

And if a deal cannot be agreed with one of his suitors Millwall face losing him for a minimal sum in training compensation if a tribunal is required to find a resolution.