Alexis Sanchez is set to miss Chile’s group stages at the Copa America after picking up a foot injury in training ahead of the competition, which starts on Sunday.

Chile have confirmed their talismanic forward will miss – at the very least – all four Group B matches of the international tournament now hosted in Brazil.

As a result, he faces a race against time to prove his fitness to manager Martin Lasarte ahead of the knockout stages if Chile get that far, with the quarter-finals, semi-finals and final taking place from July 3 to July 9. 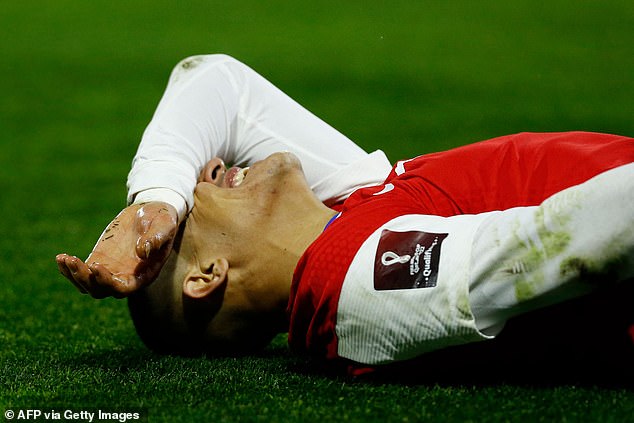 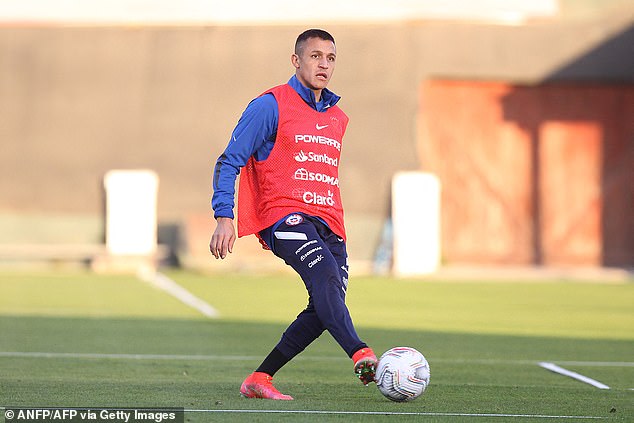 Inter Milan star picked up the knock in training, which will see him miss all four Group B games

‘The estimated recovery time goes beyond the group stage of the Copa América 2021, for which the athlete will remain in his recovery process in Chile, with the medical team of the national team.’

Sanchez – the country’s all-time most-capped player with 138 and top scorer with 46 across a 15-year international career – has only played six times for Chile in the last two calendar years due to injury. 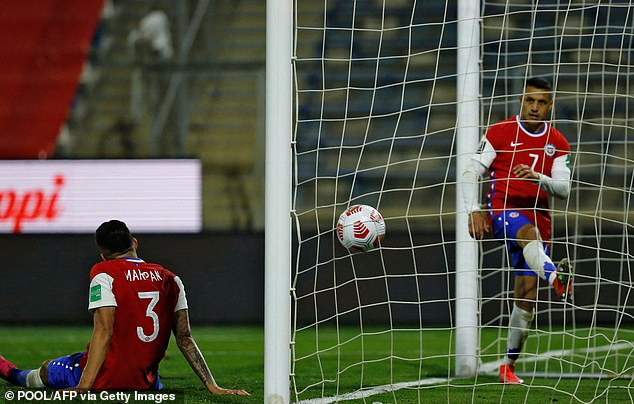 Sanchez, the country’s all-time top scorer, faces a race against time to be fit for the knockouts

However, the experienced 32-year-old made Lasarte’s final squad after his seven goals in 30 Serie A appearances helped Inter Milan win their first Italian domestic title for 11 years.

Former Manchester United player Sanchez will miss Chile’s matches against Argentina on Monday, the clash against Bolivia on Friday, and games against Uruguay and Paraguay the following week.

The Copa America was moved to Brazil due to social unrest and Covid-19 concerns, respectively, in co-hosts Colombia and Argentina, despite Brazil seemingly suffering both those issues; Brazil kick off the tournament against Venezuela on Sunday night.