A match billed as the real French Open final last night turned into a battle that might define an era, as Novak Djokovic brilliantly deposed the king of Roland Garros.

A quirk of the ranking system made this a last four contest, but it was worthy of far more as he dismissed 13-time champion Rafael Nadal 3-6 6-3 7-6 6-2 across four hours and 11 minutes of breathtaking tennis.

It was so good that, amid scenes of uproar, the 5,000 crowd was given dispensation to ignore Paris’s present curfew and stay on as the 11pm cut-off time loomed. A re-run of the French revolution was thereby avoided. 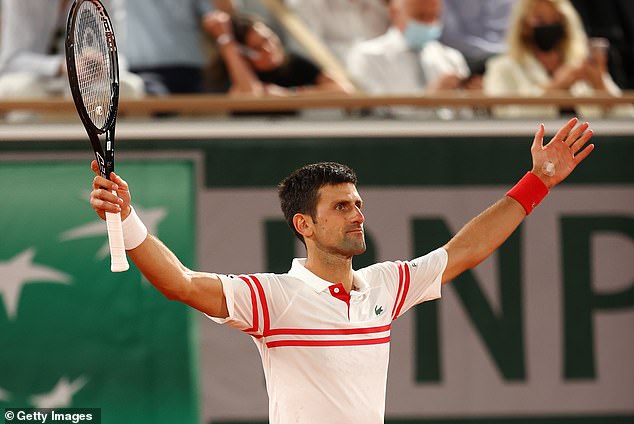 Djokovic now meets 22 year-old Stefanos Tsitsipas, who earlier became the first Greek to make the final of a Major with a five set victory over Alex Zverev.

Their match took a sapping three hours and 37 minutes, meaning that the start to the main event was delayed until 7.10pm.

Given how long best-of-five set matches last on clay courts it was a stunningly inept decision of the French Open not to start the opener until 3pm, especially when they knew there is an 11pm go-home deadline.

That was forgotten by the end as Djokovic broke both the game and the spirit of the man who has dominated this western corner of the French capital since 2005. It was his first loss since 2016 on Court Philippe Chatrier. 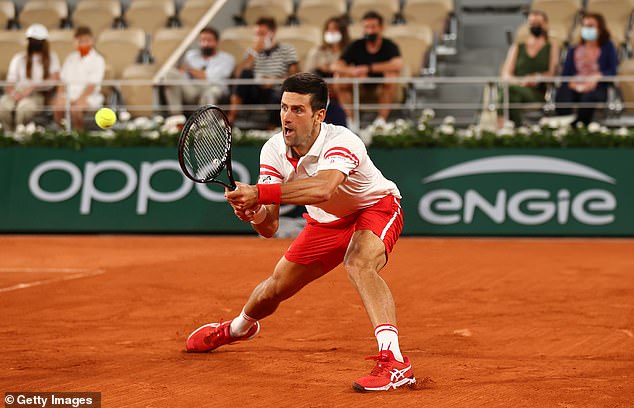 The Serb is now on the cusp of winning a 19th Grand Slam title, putting him one behind Nadal and Roger Federer. The Spaniard was counting on this.

‘Probably was not my best day out there, even though I fought,’ said Nadal. ‘ The position on the shots haven’t been that effective tonight. Against a player like him that takes the ball early, if you are not able to take him out of his position, then is very difficult.’

An exhausted Djokovic now has barely 36 hours to get ready for the final: ‘It was a privilege for me to be on court with Rafa for this unbelievable match, ‘ he said. ‘It’s the best I’ve played in Paris for sure. An unbelievable atmosphere. To win against Rafa on his court needed my best tennis. No pressure – at least that’s what you tell yourself.’

It was breathless and brilliant throughout, and a hint of what was to come was in the first two games taking 16 minutes, with Nadal securing an early break. 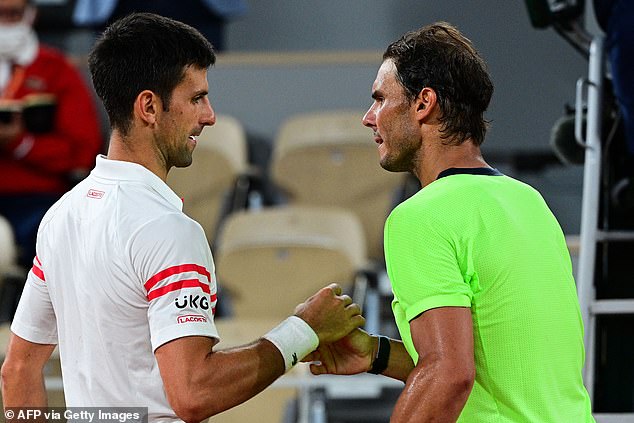 Although he did not win a game until 5-0 down Djokovic was always competitive, and often made Nadal play an extra ball when he thought he had the point won.

Nadal was also fretting about the shot clock measuring his time between points, and it was no huge surprise when Djokovic went up early in the second set, which turned into a physical war that an increasingly flustered Nadal could not win.

If the second was the most brutal ever played between this pair, the third was the most fascinatingly undulating, littered with extraordinary points that combined brain with brawn.

Calm and dead-eyed, the Serb served for it at 5-4 30-0 when from nowhere he netted a simple forehand with the court wide open. That looked set to haunt him because Nadal suddenly found his length again and broke back. 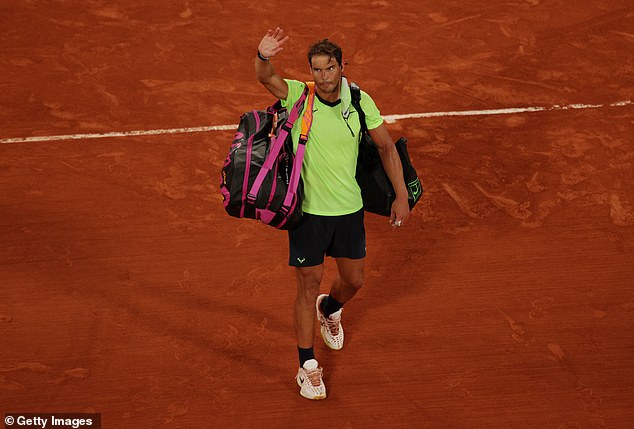 Nadal, going for a record-extending 14th title, lost for only the third time in 108 matches

Djokovic saved a set point at 5-6 with a drop shot and then turned the tiebreak when his opponent sent an easy forehand volley long at 3-4, gifting the tiebreak. The world number one had got in front via the most scenic of routes, and it must be doubtful that a better set of tennis has ever been played. By the end of its 93-minute duration Djokovic had won 105 points, Nadal 106.

The Serb went off to change his clothes, making it look like the contest was being suspended. With 25 minutes left to Paris’s curfew the call came over the tannoy that the crowd could stay – courtesy of a government decision – prompting a rendition of La Marseillaise from some of those assembled.

Djokovic, who had not beaten Nadal on clay for five years, had been the better player since the first set and, equally surprisingly, the more serene.

Still Nadal was not finished and he broke straightaway at the restart. Normal service, however, was not being resumed and Djokovic again began to look more than a year younger than the champion. 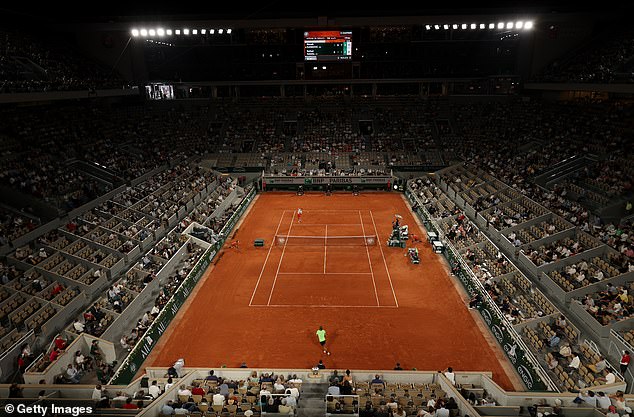 By the end there was that rarest of sights, Nadal overwhelmed in his lair as he lost the last six games in succession.

For Tsitsipas there had been tears of joy as he became the first player from his tennis backwater of a country to make a Grand Slam final.

After clinching the win he needed to choke back emotion as he contemplated his achievement.

‘All I can think of is my roots, where I came from,’ he said. ‘I came from a really small place outside of Athens. My dream was to play here, on the big stage of the French Open one day. I would have never thought I would.’