Timothy Castagne will have surgery in Antwerp on Tuesday on the fractured left eye socket that has put the Belgium defender out of Euro 2020.

Castagne flew back to Brussels with the rest of the squad on Sunday following Saturday’s 3-0 win over Russia in Group B.

The Leicester player was taken off in the 27th minute after a sickening clash of heads with Daler Kuzyaev, and X-rays confirmed that he has suffered a double fracture. 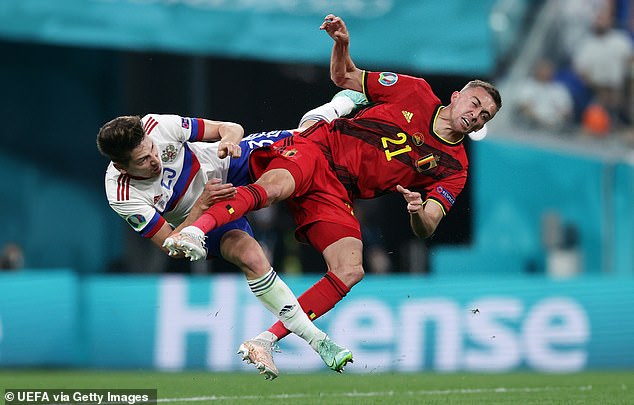 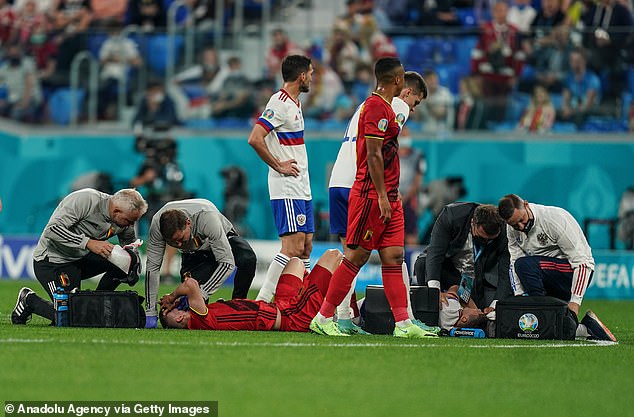 Castagne believes he could be available if Belgium reach the final, but manager Roberto Martinez doubts that will be the case.

‘It’s sad news because looking at injury he will definitely be out of the Euros,’ said Martinez on Sunday night.

‘Medically he needs more than four weeks.’ There was better news for Belgium with Axel Witsel set to return ahead of schedule for Thursday’s second group game against Denmark in Copenhagen. 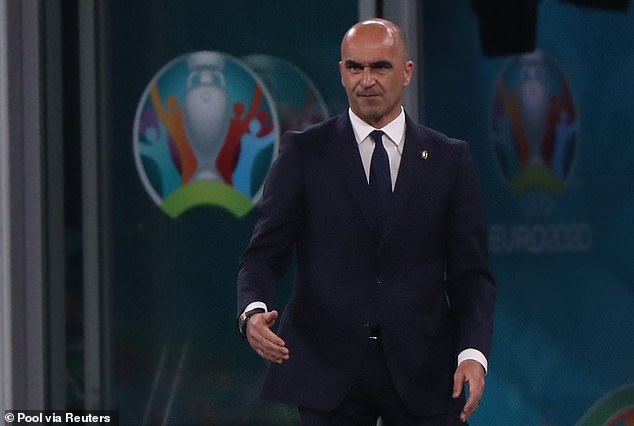 Kevin De Bruyne will take part in training on Monday and could also feature after recovering from the fractured nose and left eye socket he sustained in the Champions League final.

Martinez said he would make a final decision on De Bruyne before the squad leave for Copenhagen.